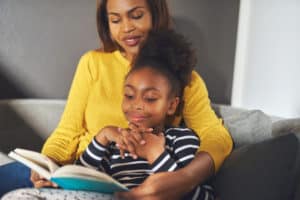 Many children in the U.S. head back to school this week, and it’s likely their parents paid a premium if their drop-off is only a few short blocks away.

It costs millions of dollars to live within walking distance of some of America’s most well-rated public schools, according to data from Realtor.com, which ranked the most expensive neighborhoods within steps of a highly-rated public school. To come up with the list, they looked at home prices within a mile radius of most public primary and secondary schools across the United States to find out which have the priciest environs, and then narrowed the list down to schools scoring eight or higher on GreatSchools.org.

Coastal cities and their suburbs dominated the list, with America’s most expensive prime public school areas dotting California—from the mansion-speckled towns around Silicon Valley to the affluent school district of Rancho Santa Fe, outside of San Diego.

A school in Los Altos Hills, a town in Silicon Valley, California, topped the price list. The median price of a home within a mile of the Gardner Bullis Elementary School was $3.56 million, according to Realtor, which based median price on a years-worth of sales data.

“There’s a bit of an aura around that school,” said Javier Vivas, director of economic research at Realtor.com, which happens to be based in nearby Santa Clara. Mr. Vivas doesn’t live far from the school and said he wasn’t surprised that it commands some of the highest real estate prices.

The neighborhood, he said, is known for its safety. After all, “even the ultra rich walk their kids to school.”

Meanwhile, a science-focused middle school at the crossroads between Brentwood, Pacific Palisades and Riviera—an area filled with entertainment executives in Los Angeles—topped another list for pricey secondary school areas. Homes around Paul Revere Middle School have recently sold for a median price of $4.9 million.

The results underscore the circular relationship between affluence and the quality of the local public school system, as elite school districts attract wealthy buyers who then contribute time and resources in their children’s schools.

That’s the case in Bellevue, Washington, an affluent city on the outskirts of Seattle.

“I would say the public schools are a pillar of the real estate values,” said Anna Riley, a top luxury broker with Windermere, whose children attend public schools in Bellevue. “It’s a very large draw for buyers both locally and internationally.”

The mile radius around Medina Elementary School in West Bellevue ranked No. 6 on Realtor’s list of pricey elementary school neighborhoods, with median sales price at $2.8 million.

The schools in West Bellevue attract buyers from China and other countries on the Pacific Rim, and even boast a Chinese-immersion program, among many other unique offerings, Ms. Riley said. The community in West Bellevue offers a prime example of the way well-rated schools and property values are often directly correlated.

“It’s a nourishing loop. You have high real estate values that attract a well-educated buyer population that really prioritizes schools. They then are happy to invest in the schools, both in terms of time and financial resources,” Ms. Riley explained.

Two top public schools in New York City were among the top 10 most expensive primary and secondary school areas in the country: Stuyvesant High School, the city’s leading specialized high school located in Tribeca, and P.S. 130, also known as The De Soto School, between SoHo and the Lower East Side.

Around Stuyvesant, a high school where students across the five boroughs can apply to test into, the median home price was $1.865 million. It was about $1.93 million around The De Soto School.

Frances Katzen, a top broker with Douglas Elliman Real Estate in New York City, said many high-end real estate buyers take school zone into consideration when home hunting in the city. In her experience, they are often drawn uptown, specifically to P.S. 6 in the heart of the Upper East Side.

“There’s a huge number of people who either go uptown to the Upper East or the Upper West,” said Ms. Katzen, who has a client working for J.P. Morgan Chase who is trying to determine if his home is zoned into P.S. 234, Independence School; or Spruce Street School, P.S. 397—two top public elementary schools in Tribeca.

However, school zone is less of a concern for ultra-high-net worth buyers who tend to send their children to private schools, Ms. Katzen noted.

Whether or not they plan to send their schools to the neighborhood public school, buying near a highly ranked one is probably a smart investment. For example, north of the New York City, in Westchester County, is one of the most expensive zones in the country—the mile area around Scarsdale High School, where homes sold for a median price of $1.61 million, according to Realtor.

It’s not only the public schools that benefit from the affluence of Scardale’s residents, so does the local business environment, public works and infrastructure.

“Not only do our schools have great facilities, we have great public recreation areas. For example, we have a four-pool complex where we have the fireworks every Fourth of July,” Ms. Shaw Chochrek said. “Almost anywhere you live in Scarsdale you’re in a walking distance from a park.”