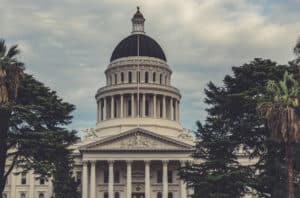 The California Assembly has passed a rent-cap bill that would limit annual rent increases to seven percent plus the annual increase in the cost of living, according to reports and it now heads to the Senate.

There were several last-minute amendments to the rent-cap bill including those that would:

“It’s a very moderate measure that will guard against some of the more egregious practices that we’re seeing,” Assemblywoman Buffy Wicks, D-Oakland, told the San Jose Mercury News before the vote.

The bill’s author, Democratic Assemblyman David Chiu, argued the measure would protect tenants from big rent increases while still allowing property owners to get a fair return on investment.

“We’re saying we’re in a housing emergency. And we’re saying while we’re in this emergency, we’re going to impose a reasonable cap to prevent rent-gouging,” Chiu, of San Francisco, told ABC 7 and reporters after the bill passed.

Some lawmakers spoke against the bill, saying they felt it was not the answer to the housing crisis.

And that such steps would discourage investment in rental housing.

“This is a disincentive for people to build and what we need is to build,” she said.

The bill now heads to the Senate

If the bill, AB-1482, clears the Senate, California could join Oregon as the second state in the nation this year to limit annual rent hikes, covering millions of properties not covered by local rent control rules.

California residents voted down a ballot measure last year that would have allowed cities to expand rent control.