Bill would make Seattle landlords pay when tenants are priced out 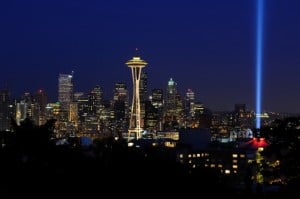 Currently, the city only requires 30 days notice for a rent increase, or 60 days if the increase is more than 10 percent within a one-year period. With a statewide ban on rent control in Washington State, there’s no actual limit to how much a landlord can raise rent.

Under Sawant’s proposal, if the rent increases 10 percent or more within a one-year period and the tenant moves, the landlord would have to pay for three months of rent to help the tenant relocate. The ordinance would only apply to tenants making 80 percent of area median income or below, or about $50,000 a year.

A similar ordinance passed in Portland back in February, requiring landlords to pay an amount based on apartment size for both no-cause evictions and for moves prompted by rent increases.

The ordinance is also similar to Seattle’s existing Tenant Relocation Assistance Ordinance, which has a lower income threshold—around $30,000—and applies to remodels and demolitions.

The ordinance isn’t finished yet, so it’s unclear when it will be introduced to council.