Backfilling Empty Apartments May Be a Problem When Moratoriums Expire 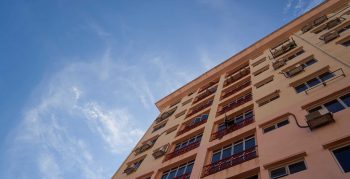 Once the basis for the moratoriums is gone, Andrew Rosenberg, a partner at Cassin & Cassin LLP, thinks landlords will start proceeding to enforce the default notices that they may have sent during the pandemic. While evictions were banned, default notices weren’t.

“Once this burns off, and landlords are able to then move forward as they had in the past, I think you will see increased eviction proceedings,” Rosenberg says. “To the extent possible, they’ll potentially try and work things out with tenants, but they have mortgages and they have taxes. If people aren’t going to pay, they’re going to start to want their space back now that they can exercise, whatever the limited remedies they have are.”

Rosenberg predicts that the eviction moratoriums will burn off in the fall. “Then, we’ll be done,” he says.

Finding people to fill those apartments where residents were evicted may be easier said than done in some markets. “New York has problems other than COVID problems based on the general state of the city” Rosenberg says.  “So I think some of the apartments might stay vacant.”

Rosenberg says higher-end units could be harder to fill, but the workforce or more affordable apartments should have plenty of demand

“I think those apartments will be rentable because, especially in a city like New York, which is where most of my focus is,” Rosenberg says. “You’re always going to have people in need of that. Regular working-class people that live in New York are always going to need a place to live.”

With rents lower than before the pandemic in the city, Rosenberg thinks landlords will have an easier time filling apartments.

“I think there is an opportunity for some people who couldn’t otherwise afford to live here to get an apartment,” Rosenberg says. “I think you’ll have some vacancies, but I wouldn’t expect that you’re going to have Armageddon because of the CDC moratorium wearing off.”

Some landlords have also worked out payment plans with their tenants.

“If everybody is trying to be reasonable, I think that the best thing for both parties is to try and make a deal rather than to throw the tenant out,” Rosenberg says. “The tenant that is paying something in hand, unless it’s a completely unreasonable and unworkable amount, is better than no tenant.”

Still, apartment owners have it easier than some others in CRE.

“In residential, you generally re-let faster than in the commercial space, but there’s still downtime,” Rosenberg says. “There is still a cost to re-let that apartment. It’s better to work with the tenant you have if there’s a willingness to be reasonable.”