Are Rental Laws Too Landlord-Friendly? 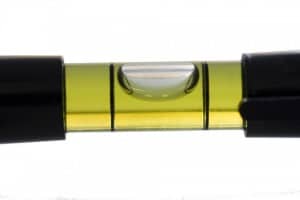 If asked about the relative fairness of landlord-tenant laws, most landlords would probably say that the deck seems stacked in favor of tenants. But a recently-released committee report commissioned by one state’s legislature found otherwise.

In 2011, the Arkansas General Assembly created the Non-Legislative Commission on the Study of Landlord-Tenant Laws, charging the Commission to study, review and report on the landlord-tenant laws in Arkansas and in other states.

Commission members, who represented a cross-section of local real estate and housing professionals, set out to compare Arkansas to other states, and to the Uniform Residential Landlord Tenant Act, a model for legislation that states may voluntarily adopt. Having just completed its study, the Commission found that its own state landlord-tenant laws are too landlord-friendly.

The report, which was completed December 31, 2012 and released this week, contains 15 recommendations for local lawmakers. Overall, the Commission found that Arkansass residential landlord-tenant law is “significantly out of balance”, and that Arkansas tenants have “significantly fewer rights than tenants in any other state.”

The Commission recommends a revamping of the state’s eviction statutes, citing the need to make it more “balanced” for tenants. Proposed changes would include moving to a court that more easily allows legal representation, and requiring landlords to inform tenants of their legal rights during an eviction. The Commission also suggests official eviction forms, and that judges should encourage the parties to attend mediation after the possession hearing.

The state currently provides a criminal remedy for tenants who have been evicted but fail to vacate the property. The Commission suggests repealing this law. Instead, the members would like to see the legislature enact a statute prohibiting retaliatory eviction by landlords, and another allowing a right to sue landlords over habitability issues linked to building and health code violations.

The Commission wishes to prohibit certain lease provisions that could be viewed as limited a tenant’s legal options in the event of a dispute. Members unanimously recommend an amendment of Arkansass protection for victims of domestic abuse statute, to allow a victim to terminate a lease early without penalties if certain conditions are met, including a restraining order from a judge, against the aggressor, and require return of the victim’s security deposit.

The remaining requirements suggest adopting certain provisions of the Uniform Residential Landlord and Tenant Act, a law which has been adopted by a number of other states.

The Commission’s hope is that action will be taken to implement these recommendations, but that these changes be reviewed by all stakeholders — tenants groups as well as landlords groups — to ensure a “fair and workable” outcome.