Print Friendly
True or False?  A landlord cannot rent to illegal aliens.
More and more, that answer depends on where your property sits. 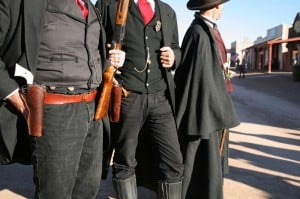 As frustration over federal immigration policy heats up, cities and states are taking matters into their own hands.
Just ask William Hadden, from Lexington, Kentucky.  The 69-year-old landlord was arrested and charged with dozens of crimes, including harboring fugitives and conspiracy — because his property manager rented to illegals.  Although acquitted by a jury, he could have spent the rest of his life in  prison, and been forced to forfeit the 60 or so units he owned jointly with his son to the State of Kentucky.
Conversely, a property management firm in California faced the polar opposite problem: they were threatened with a lawsuit for demanding an applicant’s social security number in order to run a tenant screening.  That violated the state’s new prohibition on inquiring about immigration status in rental housing.
Where local governments find they can’t regulate illegals themselves, they instead target landlords, hoping that by closing off the housing market illegals will be driven from their community.
Hazelton, Pennsylvania lawmakers passed an ordinance requiring that landlords verify an applicant’s immigration status before renting, or face a fine.  Legislators are confident they are well within their rights to regulate local business activity.  The Farmers Branch, Texas legislature has passed a series of three such bills, including the most recent mandate that landlords ante up the money to evict tenants who are found to be in violation of immigration policies – even if they are paying the rent.  All three of the Texas laws have been overturned.
Now, Arizona has ignited a sweltering controversy by passing a sweeping immigration policy.  While the earlier versions of this bill contained language prohibiting landlords from renting to illegals, and impliedly to verify immigration status, the current state law does not go that far.  However, it does define immigration crimes differently than federal law. For instance, some immigrants will need to carry their documentation on their person.  Will failure to do so be grounds for eviction?
Legal scholars are betting that the Arizona law will soon be overturned on any number of constitutional grounds: the Supremacy clause, the vagueness of “reasonable suspicion” or its facially discriminatory nature.  But, the lawyers who helped draft the legislation stand behind their language.  In fact, they have been retained by four other state governments who want to follow the Arizona example.  Which four?  The attorneys won’t tell – “attorney client privilege.”
How does a landlord reconcile these recent immigration measures with Fair Housing rules.  We’ve been drilled for years to see past race and treat all applicants the same.
Do we need to change our application requirements?
Should our lease now include the right to evict in the event a tenant’s immigration status falls into question?
What proof do you ask for?
Can you tell whether these documents are valid or forged?
It’s not just immigration law that landlords are asked to enforce.  A county in Maryland wants landlords to police a new noise ordinance or face revocation of their rental license, while Boulder, Colorado is proposing to fine landlords when a tenant’s carbon footprint is too large.
Where does it stop?  From patrolling pot smokers to outing white collar criminals – how much law enforcement are you ready to take on?
See New Law Will Stick it to Landlords.
American Apartment Owners Association offers discounts on products and services for landlords related to your commercial housing investment, including real estate forms, tenant debt collection, tenant background check, insurance and financing. Find out more at www.joinaaoa.org.