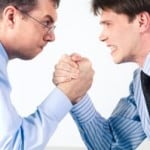 The lawsuit seeks to overturn the amendments, challenging the authority of the new Tenant Protection Unit, created by Governor Cuomo. The apartment owners contend that the status of TPU is in question, since the state’s legislature has rejected the proposed funding of the watchdog agency on two occasions since it was enacted in 2011.

The suit claims there is no legal authority for establishing the TPU, which, despite the lack of any complaint by a tenant, audits individual apartment improvements that owners undertake to improve their properties.

The rental owners also contend that the Governor had no authority to create the TPU in the first place – and even if such authority existed, the TPU, as it currently functions, violates constitutionally protected due process rights of building owners by demanding that they reduce or refund rents without affording them an opportunity to be heard or appeal the TPU’s decisions.

The second component of the lawsuit challenges many of the 27 amendments to
the regulations made by DHCR on the grounds that those amendments either conflict
with the State rent laws or constitute a violation of the separation of powers. For example:

The newly adopted regulations contradict the strict four-year statute of
limitations created by the State Legislature in 1997 relating to rent overcharge claims by tenants and record-keeping obligations for property owners. In fact, the newly adopted regulations now allow rent challenges to be brought at any time, by any tenant, and encompassing any time period throughout the entirety of an apartment’s rental history;

The amendments authorize tenants to stop paying rent, without the approval of any agency or court, if they do not believe that the property owner has properly documented improvements made to their apartments prior to the tenant taking occupancy;

The regulations re-prioritize violations so that minor, even unintentional acts carry the same punishment as more severe actions.

The suit was filed by the Rent Stabilization Association, the Community Housing
Improvement Program, and the Small Property Owners of New York, along with individual property owners. The organizations represent owners and managing agents of thousands of large, medium and small residential apartment buildings throughout the five boroughs that include approximately one million rent stabilized apartments.

RSA President Joseph Strasburg adds, “Property owners will not sit by and watch
as their constitutionally protected property rights are trampled upon by government at the behest of tenant advocates.” RSA Chairman Aaron Sirulnick warns that it is small property owners who are the most vulnerable, and that the regulations will hamper efforts to preserve affordable housing.