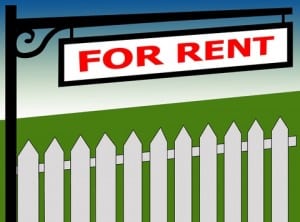 More than a dozen current and former members of the U.S. House of Representatives and Senate addressed apartment industry leaders this week as part of the National Multi Housing Councils (NMHC) Fall Board of Directors Meeting.

The group engaged in a dialogue on a variety of topics related to multifamily, ranging from comprehensive tax reform to next steps with the Government Sponsored Entities (GSEs) Fannie Mae and Freddie Mac.

Members of Congress repeatedly emphasized the increasingly important role multifamily plays in our nation and the need for a housing policy that reflects that,” said Cindy Chetti, NMHC Senior Vice President of Government Affairs. “We are encouraged by the fact that several of the nation’s most respected elected officials understand that multifamily cannot be an afterthought.”

As Capitol Hill prepares to tackle major issues like tax reform or the fiscal cliff, the gravity of the problems may be powerful enough to create bipartisan solutions to provide certainty to our industry in these divisive political times, said Chetti.

A major focus of the conversation centered on GSE reform ” including whether there will be a federal guarantee ensuring capital is available to support rental housing in all markets at all times, not just the major coastal cities.

They get that multifamily function of the GSEs is different and not part of the single family housing collapse, said Doug Bibby, NMHC President and CEO. Despite the fact that we had a less than one percent default rate, we still face an uphill battle to educate Congress that a multifamily solution could be both separate and expedited from reforming the single family side.