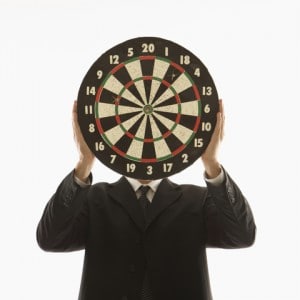 A new noise ordinance that allows the city of Rochester, Minnesota to fine landlords instead of tenants has hit a snag. The police don’t think they can enforce it.

The city council of Rochester has given preliminary approval to the measure which allows the police to ticket landlords when tenants cause neighborhood disruptions.

But police are balking at a requirement that the tenant has to be charged with a crime, for instance disorderly conduct, before the landlord can be ticketed.

The police chief  complained that having to investigate a complaint, file charges and prosecute the tenant defeats the purpose of the ordinance, which is to avoid all that hassle and just hold the landlord liable.

The police would prefer to cite the landlord for problems in the neighborhood where evidence for prosecution is difficult to gather, or in situations that don’t lend themselves to “citing a specific individual” — like when individuals are not named in the complaint.

The Rochester measure does not go as far as an ordinance passed in Maryland earlier in the year, which requires landlords to evict offending tenants, and creates a “black-list” of tenants which landlords must use when screening.

Evicting tenants under the Rochester measure would be a challenge to say the least, because there may be no proof that the tenant was responsible for the noise complaint, or otherwise violated the terms of the lease by committing a crime.

If police are forced to check identification and issue tickets at the scene of a neighborhood complaint before they can cite the landlord under this ordinance, they predict that as many as 90% of the claims against landlords would disappear.  The police chief informed the city council that this would be “a shame”, because charging the landlords, even in cases where the individual tenants cannot be identified, is a strong weapon in cracking down on noise complaints.

A final vote on the measure is slated for November.

In a related story, the Saginaw, Michigan city council is considering a new law that would require landlords living outside of a 30-mile radius of the city center to designate a local contact person to act on their behalf. It is not known whether landlords registering an agent will be required to pay additional fees to the city. The council will consider the argument that having landlords at a greater distance than 30 miles increases problems with enforcement of fire and other building codes.

A similar measure was passed in Philadelphia back in May.