This year’s presidential race has stirred up controversy and political rivalry unlike any other race, and continues to be at the forefront of every media outlet.  Naturally, as the country’s largest land 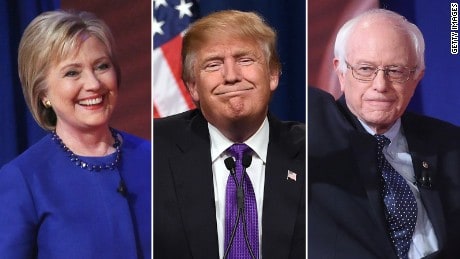 lord association, AAOA wanted to find out where its members stand politically in such an exciting race. Starting on May 10, 2016 the American Apartment Owners Association (AAOA) launched its own 2016 presidential poll. Over the last 30 days, AAOA asked members who they would vote for, and the results are in!

Donald Trump took the lead with a significant percentage at 42.5%. Meanwhile, Hillary Clinton with 32.7% of votes beat Bernie Sanders with 24.8% of votes. It seems that AAOAmembers reflect how the entire country is voting. Regardless of who gets the Democratic nomination, collectively about 57.5% of AAOA members voted for a Democrat while 42.5% voted for Donald Trump. The questions remains though, if Clinton gets the nomination, will Sanders supporters vote for Clinton or Trump?

The race for the 2016 presidential primaries got especially interesting when Republican hopefuls dropped out, leaving Donald Trump as the Republican Party’s nominee. On the Democratic Party side, the primary battle between Hillary Clinton and Bernie Sanders continued. As of today, the Democratic primaries are nearly wrapped up, with Clinton securing enough delegates to win the nomination. However, Sanders has committed to staying in the race until the Party Convention formally picks the nominee.