Home·Property Management·COVID-19·Hundreds Of Thousands Are Behind On Rent. Why Won’t Politicians Cancel It?

Hundreds Of Thousands Are Behind On Rent. Why Won’t Politicians Cancel It? 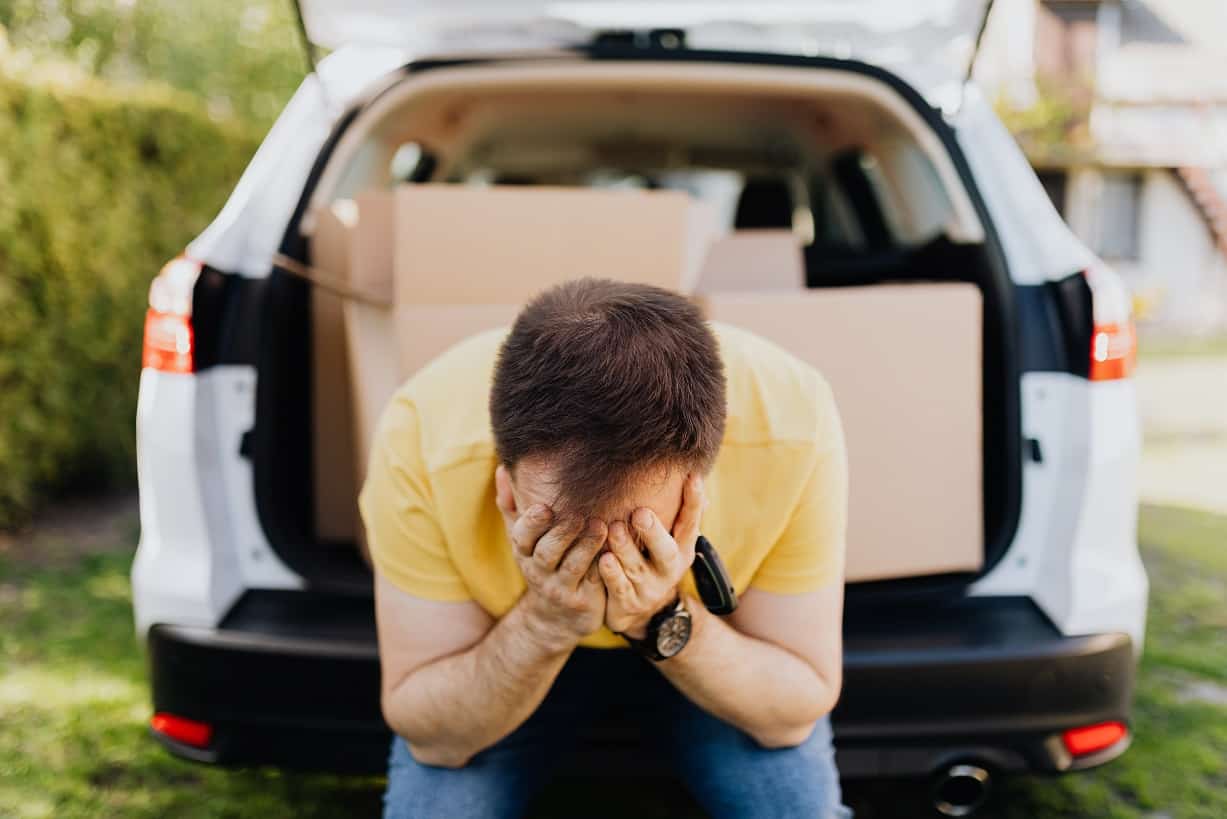 Photo by Karolina Grabowska from Pexels

As August approaches, so does another rent due date for millions of renters in Southern California. After months of unemployment, many have fallen far behind on rent, but for now, evictions in California are on hold.

Cities and counties have enacted temporary moratoriums, and the state’s court system has basically halted all eviction proceedings until 90 days after the emergency is over.

But it’s not a permanent answer. The reality is many thousands of households won’t be able to keep up when the rent, eventually, comes due.

There’s fear of a so-called “eviction tsunami,” which some say the government is not meaningfully attempting to prevent.

In Los Angeles County more than 31% of the overall labor force has applied for state unemployment insurance since February, according to the California Policy Lab.

“It’s like a ticking timebomb,” said Ananya Roy, a UCLA professor who directs the Luskin Institute on Inequality and Democracy. She worries we’re on a path to mass housing insecurity on a scale not seen since the Great Depression.

“The point of the Great Depression was a generalized condition of precarity and suffering. Even those who were well-to-do were suddenly facing eviction, suddenly living in a Hooverville,” said Roy.

Recent research produced by the Institute estimates that as many as 365,000 households could face eviction, based on how many people applied for unemployment insurance and how many undocumented laborers not eligible for UI live in L.A. County.

That doesn’t necessarily mean they will become homeless. Many people, when they lose housing, double up with another family or find some other option. But the research still suggests that 120,000 households in Los Angeles County could be on the streets — including up to 184,000 children.

(Another report, published by the UCLA Luskin Institute in late July, resignedly provides policy guidance for dealing with a huge surge in urban shantytowns and encampments should predictions about impending homelessness come true.)

The solution being put forth by tenants and their advocates is this: just cancel the rent, and make landlords apply for government assistance instead of tenants.

Cries of “cancel the rent” can be heard everywhere, from social media, to public comment at government meetings, to regular protests targeting elected officials at their personal homes. Some of those elected officials, like former L.A. City Council President Herb Wesson, have signaled they agree.

Roy, of UCLA, says bluntly that, in the age of coronavirus, cancelling the rent has become an explicit political demand on elected officials.

“The question is, whose demands and needs are met through our political system. And while tenants have been gaining power, we have not seen significant tenants’ protection policies,” said Roy.

“We have very powerful property interests which constantly undermine the political demands of tenants.”

A vote to ban all evictions in the city of Los Angeles during the pandemic failed by one vote earlier this year.

At the same time, as Roy notes, tenants are better organized and increasingly more powerful now than compared to years past, and have pushed politicians to acknowledge the scale of the problem in public meetings.

For property owners, the perspective is very different.

Dan Yukelson, the executive director of the Apartment Association of Greater Los Angeles, disagrees with the idea that property owners wield disproportionate power in politics. He says the rules put in place around eviction during the pandemic are biased towards tenants.

“We’ve basically lost control of our properties,” said Yukelson. “Right now we have no control. We can’t say who we want to live in our properties. And we can’t do anything about collecting the income that’s owed to us under our contracts.”

Long term, Yukelson worries about small property owners being put out of business and selling their properties to larger corporate managers. Many, he says, don’t have a financial safety net that allows them to accommodate months of non-payment from their tenants. He says that even when evictions do resume, it’s not an immediate option for property owners.

“If owners do want to evict, there’s going to be a major backlog in the courts and people are going to be in place for at least another 12 months [after evictions resume] without paying rent. That’s going to bankrupt a lot of these apartment owners, and I’m really concerned you’re going to see a huge wave of foreclosures.”

Yukelson added that he attempted to refinance one of his rental properties recently, and was told by his bank that they wouldn’t consider his rental income as an asset.

“They don’t trust it anymore, because the government can literally come in and alter contracts, and I may not be able to collect rent for my property. So I wasn’t able to refinance my property, even though I have great credit,” said Yukelson.

Practically, ‘cancelling rent’ or offering tenants forgiveness for missed rent would ultimately require public assistance for property owners who lose rental income. That leaves the question of how such a program would be funded, and how it would work.

The clearest option would be for the federal government to step in. Congressional Rep. Ilhan Omar has introduced a bill that would cancel rent for tenants (and mortgage payments for many property owners) for the duration of the pandemic, and create a “Landlord Relief Fund” for affected owners to seek assistance from the federal government.

Unlike state and local governments, which have a finite amount of funds, the federal government is more flexible. However, it’s unlikely that Omar’s bill will become law.

Aside from rent forgiveness, there are several proposals floating around the statehouse right now intended to shore up the patchwork of temporary eviction moratoriums put in place by local governments, mayors, and even the governor.

Among them are AB 1436, which proposes barring landlords from evicting tenants due to any unpaid rent during the State of Emergency, and for at least 12 months after the emergency is over. (Currently you must show you have been impacted by the coronavirus).

AB 1436 is currently pending in the state Senate Judiciary Committee, set to meet next in early August.

In July, the City of Los Angeles launched a program to offer some households, at least, help with the rent.

That money will be paid directly to property owners, so long as they agree to not evict a tenant until at least six months after the emergency is over.

“I think it’s a step in the right direction, and it’s what our association has been pushing for for months now to provide some kind of rental relief so we can keep property owners afloat,” said Yukelson, the head of the Apartment Association of Greater Los Angeles.

Yukelson referred to the provision that landlords not evict a tenant for at least six months after receiving payment as one of the program’s “hooks in the cheese.”

Over 200,000 households applied to the program, according to the Los Angeles Housing and Community Investment Department. Households will be selected by lottery for the $2,000 in public assistance.

Ultimately, Yukelson wants to see something similar to the city’s rental assistance program — direct payments to property owners — at the state or federal level.

“Their budget, due to the pandemic, [is] very challenged. But there needs to be some federal money and subsidies that come in. And you know, quite frankly, the state does have more emergency funds left. They need to dig deep, and they need to help people stay housed and they need to keep rental property owners afloat,” said Yukelson.

Roy, the UCLA professor, says that any attempt to keep tenants housed will ultimately save money in the long run. Homelessness, distinct from the staggering human toll, ultimately proves enormously expensive to manage for the government.

“If you think about what it would take [for] a program that cancels rents during the time of this pandemic, and recognizes that this requires public resources, that would be so much cheaper than allowing basically thousands and thousands of people to get evicted, become homeless, and then a few years down the line, come up with really expensive housing solutions that don’t really work to get them back into housing.”

Read more
Large Floor Plans in...
BTR properties underscore demand for large floor plans with three or more bedrooms. Single-family...
Read more
People Want to Live in...
People are flocking back to the urban core, even if their job allows them to work remotely. In the...
Read more
Property Management...
Property management currently operates in a very aggressive and constantly changing realm. However,...
Read more
LA’s Small...
Two years into the pandemic, hundreds of thousands of Southern Californians are still behind on their...
Read more
Multifamily Resident...
Developers and designers are rethinking designs at their properties and clubhouses to analyze which...
Read more
CRE Investor Demand...
Commercial real estate investment has more than recovered from its pandemic-induced slump and is...
Read more
Supply Chain Headaches...
Developers share the impact of these challenges as well as solutions for overcoming...
Read more
Skilled labor is...
Construction employment added 60,000 jobs in February. After mixed results in January, the U.S. jobs...