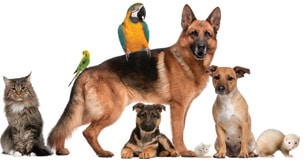 CONCORD — Lawmakers are contemplating whether to create new rights against rental and housing discrimination for New Hampshire pet owners. But landlords have raised objections.

A bill by Rep. Ellen Read, D-Newmarket, would make it illegal for landlords or those selling or leasing homes to bar pet owners from renting or buying, with some exceptions.

The bill, House Bill 1391, would prohibit landlords and others from making an oral or written inquiry into the animal companion of any person looking to rent or buy, and it would ban “no-pets” notices on listings and prevent evictions because of pet ownership.

The legislation would also not allow landlords to draw up rules based on the animal’s breed, size or appearance.

But it would let them establish pet deposits for their tenants, mandate sterilizations of the animals, and impose rules around sanitation, noise control and safety.

The New Hampshire Humane Society, which supports the bill, says it would mitigate what can be unforgiving conditions for pet owners amid high rents and a tight housing market. Seventy percent of renters in the U.S. have pets, the Society said, and pets are frequently given up to shelters because of housing or renting issues.

“We support any legislation that helps keep pets in homes,” said Julia Seeley, New Hampshire state director of the Humane Society. “We just strongly believe that a family should not be torn apart simply over housing.”

But landlords said the proposed statute could lead to messy, unsanitary or unhealthy conditions with little recourse and raised concerns around future tenants or neighbors with animal allergies. And they objected to the ban on making inquiries ahead of the lease agreements as an impingement on the First Amendment.

Testimony on the bill was postponed to a later date.