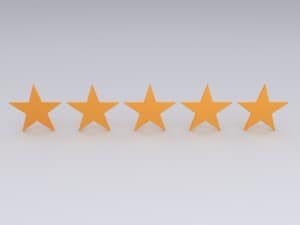 Unfortunately for many out-of-luck homeowners, many homes are being auctioned on courthouse steps these days. But those are not the whole auction story, and consumers ought to consider auctions as a viable means of buying a home, says Chicago auctioneer Rick Levin.

Though so-called “distressed properties” — foreclosures — may be the popular image of auctions, sales by private auction firms run the gamut from builder closeouts, to banks disposing of seized assets, to individual homeowners who just want a quick and clean sale.

Residential real estate auctions grew by nearly 48 percent between 2003 and 2008, the most recent data available, according to the National Auctioneers Association in Overland, Kan. They may be becoming more mainstream, though some consumer education is still needed for broader acceptance, Levin said.

“You know, the normal, traditional way to sell a farm is at auction,” he said. “Now, more (residential) consumers are starting to think outside the box.”

“Auctions are the standard method (of homebuying) in Australia and parts of Europe,” said Chris Longly, deputy executive director of the auctioneers’ trade group, who said auctions here are on the upswing. “Today’s consumers want things now and they want to pay the price they want now.”

Five things for homebuyers to know about real estate auctions:

“The sheriff’s sale, that’s a legal proceeding,” he explained. In these sales, the lenders are foreclosing on delinquent mortgages, but they’re not the legal owners of the property; the properties are usually bought by the lender for the value of the loan.

2. In those “courthouse steps” foreclosure sales, the buyers usually haven’t been able to get inside to see the properties — the lender who is foreclosing on the mortgage isn’t the legal owner and doesn’t have the right to let people into the home, he said.

But in regular auctions, usually the auction company will advertise the home for several weeks and will conduct open houses, Levin said.

“(Interested buyers) should want to come see them with a home inspector,” Levin said. “If they don’t, they certainly have to know what they’re looking at, because in an auction, there are no contingencies.” That is, the homes are sold “as is.”

Longly said it’s becoming increasingly common for auction companies to partner with mortgage lenders who will be present at the open houses for buyers who need financing. “It’s a myth that auctions are cash-only sales,” he said.

3. Levin said most auction houses permit buyers to involve their real estate agents, who will receive a commission on the sale.

“They can help (buyers) determine the value of the property, they can tell you what’s going on in the neighborhood, they might be able to tell how the house compares to other properties,” Levin said.

The auction company also should provide a packet of information at the open house that would include the required legal disclosures on the condition of the house and a blank contract the high bidder would be required to sign. Have it reviewed by an attorney, Levin said.

4. At the auction, of course, the best advice for the buyer is to decide how much he’s willing to pay, and stick with that, Levin said.

Before the sale begins, auction firms will require bidders to present certified or cashier’s checks for a designated amount, usually several thousand dollars, he said.

“The seller is willing to give the buyer a good value, but the buyer has to give the seller something,” he said. “The way we insure that the buyer is making a real offer is to bring a little bit of real money.”

5. The sale price may not be the whole price, however. The auctioneer also will collect all the fees and taxes that go along with a conventional property sale. Commissions and fees paid to the auction company and/or real estate agents who are involved typically are premiums added to the amount of the auction price, he said.

The sale typically will close in 30 to 45 days after the auction, Levin said. Thus, in this environment of tougher lending standards, it’s important for buyers to get a mortgage preapproval before the auction in order to meet the deadline, he said.

Mary Umberger is a real estate writer in Chicago.

See a related post, What to Expect at a Real Estate Auction.

Read more
5 Biggest Mistakes...
After a long search, you finally bought the perfect property. You like the location. It’s all fixed...
Read more
As NY’s Eviction...
Hundreds of thousands of households across the state already owe back rent as a result of the pandemic,...
Read more
Renter Churn: Which...
Over the last 20 months, unprecedented shifts have led to new migration patterns. And while some...
Read more
Maryland...
Transit-oriented developments — high-density, mixed-use communities close to public transportation...
Read more
Gen-Z Will Drive...
Nearly half of Generation Z prefers single-family living to apartment living in young adulthood. The...
Read more
Rental inventory cut in...
It’s been a tumultuous 18 months in the New York City rentals market. Recently, as renter demand has...
Read more
Cities With Anti-Airbnb...
An unregulated short-term rental market has been proven to drive up the cost of big-city housing, but a...
Read more
New Jersey Landlords...
A new law bans New Jersey landlords from asking potential tenants about their criminal histories...