Rents Up 5.2 Percent, Higher in Some Areas 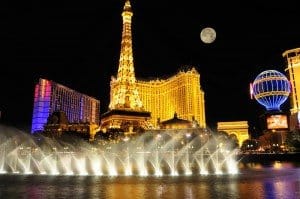 Trulia just released the latest findings from the Trulia Price Monitor and the Trulia Rent Monitor, the earliest leading indicators available of trends in home prices and rents.

Based on the for-sale homes and rentals listed on Trulia, these monitors take into account changes in the mix of listed homes and reflect trends in prices and rents for similar homes in similar neighborhoods through December 31, 2012.

Asking home prices increased the most in Phoenix, which rose 26.0 percent Y-o-Y in December 2012; however, Las Vegas and Seattle experienced the years most dramatic price turnarounds. Both had price gains of more than 10 percent in 2012 after declines of more than 10 percent in 2011. Overall, 2012 marked a huge turnaround year for most local housing markets. In fact, prices rose in 82 of the 100 largest metros at the end of December, compared with just 12 out of 100 in 2011.

Nationally, rents rose 5.2 percent Y-o-Y. Throughout 2012, rent increases Y-o-Y remained around 5 percent, even though asking price increases accelerated and have almost caught up with rent gains at the end of the year.