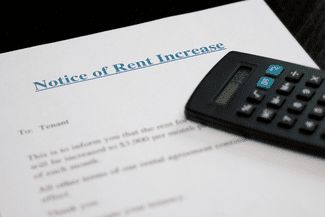 A new survey from realtor.com shows that some 61% of landlords are planning to raise their rents on at least one of the properties they own over the next 12 months. The majority will increase their asking prices by between 5% to 10%, the survey found.

Interestingly though, realtor.com’s survey found that even as rents are rising, the majority of renters don’t seem to be too concerned. Most have gotten a better grasp over their finances compared to a year ago, the survey found.

Eighty-two percent of renters said they have not missed a rental payment over the past 12 months, which is up significantly from 57% in September 2021. More than three-quarters of renters – 77% – say they don’t expect to miss a rent payment in the next three months either.

Realtor.com Chief Economist Danielle Hale said that many renters struggled to make payments as the pandemic dragged on longer than expected. Those who work in the travel and hospitality industries were especially hard hit, she said.

“Even those with jobs grappled with pandemic-related work disruptions that left many feeling unsure about their finances,” Hale added. “However, we are seeing a light at the end of the tunnel. The job market has made a dramatic comeback and despite rising prices across the board, renters are feeling more financially stable and overwhelmingly confident in their ability to pay their rent.”