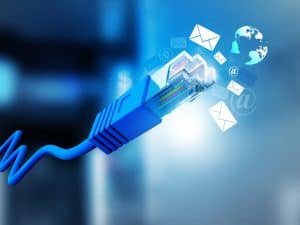 “We were able to knock down those barriers” and run lines into more buildings, Sonic’s chief executive and co-founder, Dane Jasper, said in an interview.

Sonic’s success might be a prelude to relief coming for the estimated 30% of Americans who live in apartment buildings and condominiums and are limited in their broadband choices. President Joe Biden last week said he would ask the Federal Communications Commission to bar anti-competitive arrangements between landlords and service providers that some observers blame for poor service and high prices.

The move was part of a White House executive order to boost competition in sectors across the economy, including agriculture, pharmaceuticals and ISPs.

At stake is a rich market of apartment and condo dwellers that critics say has been carved up by providers.

Federal law prohibits exclusive access agreements between property owners and broadband providers. It doesn’t bar other practices, such as payments to the property owner, or exclusive marketing rights within a building.

“What we saw happening was a modern form of payola, where cable companies and building owners were colluding to keep out competition,” San Francisco Attorney Dennis Herrera said.

“Consumers were the ones who suffered,” Herrera said via email. “We’re pleased to see that the Biden administration is urging the FCC to adopt San Francisco’s pioneering approach.”

Jessica Rosenworcel, acting chairwoman of the FCC, told reporters at a July 13 news conference that the one-third of the population who live in apartments “should have the benefits of competition.”

The FCC has considered rules on apartment broadband service since at least 2019, and Rosenworcel said she wants to take “a fresh look at and start talking to my colleagues.” She left unclear when the agency might act.

Landlords say there’s abundant broadband choice for apartment dwellers. There are at least two broadband providers in roughly 76% of apartment communities, real estate associations told the FCC in 2019, when the commission began a study of the issue that hasn’t concluded.

Good broadband is “an absolute essential” for attracting tenants, Donnelly said in an interview.

“It’s a competitive advantage,” he said. “That means they’re going to lure the very best providers.”

Jasper, the Sonic CEO, said he still finds what he politely terms “landlord hesitancy,” notwithstanding the 2017 San Francisco law that requires access.

“It’s quite infuriating,” said Jasper, who has built the business from its founding in 1994 to the largest independent broadband provider in northern California. “The default answer is always, ‘No.’”

The San Francisco law lays out steps for gaining access to buildings, such as site visits that give a chance to explain procedures to landlords and can help to persuade them, Jasper said.

“Prohibitions and restrictions may inhibit investment and deployment in buildings,” the Internet and Television Association, a cable trade group, said in a 2019 filing.

In his July 9 executive order, Biden “encouraged” the FCC to “prevent landlords and cable and internet service providers from inhibiting tenants’ choices among providers.”

The FCC is independent, but in practice follows policy preferences of the White House. Right now the agency is in a partisan 2-to-2 split under the acting Democratic chairwoman, Rosenworcel. Some policy groups and lawmakers have urged Biden to nominate a permanent chair to move the agency toward a working Democratic majority.

“It’s a very low-hanging fruit to promote competition in a lot of markets,” Falcon said in an interview.