Landlords Put Heat On Hochul To Step Up On Rent Relief 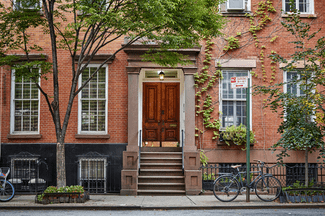 As New York awaits the details of how unspent federal rent relief funding from other parts of the country could be redirected to the state, landlords are ramping up the pressure on local lawmakers to provide for renters and landlords in the state budget.

Last month, the state’s Office of Temporary and Disability Assistance stopped taking applications for the Emergency Rental Assistance Program because of the “dwindling” funds from its $2.7B budget. Some $2.1B has been paid or obligated to renters and landlords, according to OTDA, just over $1B of which has gone to landlords across 85,500 payments.

But the Community Housing Improvement Program, which represents 400 landlords across New York City, estimates there are 100,000 renters in significant arrears that haven’t been provided any rent assistance so far. Roughly 40% of tenants who are behind in their rent haven’t even applied for relief, according to CHIP’s analysis.

“A number of factors has put the state in a better situation financially than it was before the pandemic — an influx of federal funds, huge amounts of federal aid has come in. The comptroller has talked about tax receipts being higher than projected,” CHIP Executive Director Jay Martin said. “We believe the state needs to make a commitment to make renters and property owners whole, at least in the short term, by outlaying in this upcoming budget $2B of state funds that will cover not only the pending applications but future applications.”

After weeks of delay, the Treasury Department is set to reveal the details of its plans to reallocate funding to states and localities this month, the Wall Street Journal reports, but it isn’t clear which states will be given money, or how much.

Some states that haven’t used the majority of their funding will have their portion redirected to states with a backlog of requests. The initial reallocation could be more than $800M, per the WSJ; the administration expects $20B of the $47B rental assistance that Congress authorized to be spent by the end of the year.

Gov. Kathy Hochul asked the federal government for nearly $1B in additional funding for rent relief. But in mid-November, the state stopped taking applications for aid entirely, saying there was too much demand for the money available.

Some 280,000 applications had come through since the program started, and the state estimated that about 100,000 additional applications were still pending. State officials told the New York Times that without extra federal funds, 70,000 to 80,000 of the applications would be left hanging in the balance.

Hochul’s office didn’t respond to Bisnow’s request for comment, but an OTDA spokesperson said the program has been “aggressively” issuing payments.

“Under Gov. Hochul’s leadership, New York State has fully obligated its allotted federal funding and has requested $996M in additional federal funding from the U.S. Treasury to ensure this critical program can continue stabilizing housing throughout our state,” the OTDA spokesperson wrote in an email. “In the meantime, since both the tenant and the landlord must participate in the application process, OTDA continues to work tirelessly with its community based partners to ensure all remaining obligated funding results in direct payments to landlords.”

But some landlords say they are still awaiting funds, with no clear indication of what will be happening with scores of applications. Lemor Realty Corp. founder Kenneth Morrison, who owns and manages around 600 units in the city, said about 35% of his tenants are behind on their rent. They have made applications for around 12% of the units but have only received funds for about half of the applications.

Some applications he lodged just before the portal stopped taking submissions simply say “pending” — meaning he is unsure if they have been received, approved or neither.

“It’s really frustrating,” he said, adding he believes funding should be directed away from the states that aren’t using it. “We anticipate in January if the eviction moratorium lifts, we’ll be able to take tenants to court.”

He said the intention isn’t to remove people from their homes but to pressure officials to open up more funding and speed up support.

That statewide moratorium on evictions is due to expire on Jan. 15, and Martin said it is for that reason the group is stepping up the pressure on the government to start allocating funds. While he said he agrees it is a good sign that the federal government is planning to reallocate funds, he said state money comes with far fewer strings attached, which would make for a smoother distribution.

“The state money doesn’t have the same parameters — they can put the money in at any time, they could say, ‘Well, if a landlord can’t be contacted, it can go directly to a renter, or vice versa, it can go directly to the landlord to cover the debt,’” he said. “They can be much more flexible with how they distribute the money if it comes from the states instead of coming from the federal government.”

There is no doubt the program has been mired in problems from the outset, with technical problems and bureaucracy causing major delays in the aid getting out to renters and landlords. By mid-August, $138M, or just over 5% of the state’s funding, had been paid out, Bisnow reported at the time.

Landlord and tenant groups alike complained there was little community engagement in how to best distribute the funds. This summer, housing advocates said that getting the money out ahead of the scheduled expiration of the eviction moratorium was crucial.

The eviction ban was extended until mid-January, and advocates are once again anxious that vulnerable residents will be pushed out. There have been more than 73,000 eviction filings since March 25, 2020, according to the New York Housing Conference, a statewide affordable housing policy and advocacy organization.

Eviction rates are historically low, according to the organization, but they are going up. Without any new renter protections, the NYHC expects the state to see an acute increase in filings and evictions, exposing tenants to instability and, for some, homelessness.

“For the eviction filings that have started, we need to understand how they overlap with emergency rental assistance payments,” New York Housing Conference Executive Director Rachel Fee said. “For applicants waiting for help, how many have pending case matters?”