Print Friendly
This past June, New York Governor Andrew Cuomo signed the Housing Stability and Tenant Protection Act of 2019 (TPA), written to provide the “strongest tenant protections in history.” The bill affects over one million regulated apartments in New York City. Previously, New York City landlords could convert rental properties to condominiums or co-ops if at least 15% of the units were purchased by tenants. Now, the majority of units (at least 51%) must be purchased by tenants in order for a rental property to be converted. Essentially, a building’s fate is now in the hands of its tenants, not its owner. 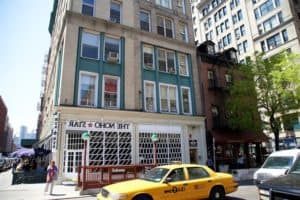 n was repealed, landlords can no longer raise “preferential” (below regulated) rent prices at lease renewal and the maximum rent increase for building improvements was lowered from 15% to 2% (6% to 2% in New York City).

Many landlords, property developers and real estate agents have expressed concern that TPA not only hurts landlords but also hurts tenants and entire neighborhoods by preventing building conversions and the repairs and updates contingent on and ultimately financed by those conversions.

Property conversions help developers transform nonperforming assets into profitable ones and make necessary repairs in a timely fashion. Opponents of TPA argue that the bill will perpetuate blight and put contractors out of jobs. Others suggest TPA could come with environmental costs, as well, since unconverted buildings will lack energy-efficient upgrades.

Forbes Real Estate Council member Kevin Darouvar is Senior Managing Director at Venture Capital Properties, a real estate investment and advisory firm headquartered in Manhattan. Darouvar, who’s sold/transacted on over $120 million worth of investment property throughout Manhattan, Brooklyn, Queens and the Bronx, specializes in the sale of multifamily/mixed-use properties above 10 units, which mostly consist of rent-stabilized apartments – assets that have been directly affected by TPA.

Although TPA was passed to protect tenants, Darouvar believes it has done the opposite. He argues that landlords should be incentivized to renovate their buildings through IAIs (individual apartment improvements) that ultimately allow them to raise rents on units upon vacancy. “Now that they cannot consider IAIs as an investment, landlords are going to be hesitant to spend any money whatsoever,” Darouvar says. “If landlords cannot recoup their investment for renovating their tenants’ apartments, then why do it?”

Darouvar says that TPA has affected the real estate investment sales industry so significantly that he’s been forced to adapt. “As a professional real estate broker with a team of 10 agents, it is extremely crucial to adapt to the current market conditions. Prior to 2019, the smallest transaction my team closed on was a 10-unit apartment building in Harlem that sold for $4,000,000. We have now capitalized on the current market by aggressively pursuing smaller assets (fewer than four families) that are not subjected to rent regulations and are selling for under $1,500,000,” he says.

His advice to real estate professionals in New York City and other shifting markets is to strive for adaptability while homing in on individual expertise. He emphasizes the importance of building relationships with clients, not their assets. “Real estate will always be cyclical, therefore I believe the market will eventually correct itself. In the meantime, it’s critical in the brokerage industry to be a specialist, not a Jack of all trades. Stick to what you’re good at and continue maintaining your relationships.”