6 multifamily building failures and the changes they produced 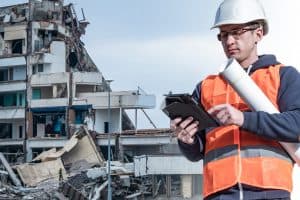 As rescuers sift through the debris of the partial collapse of the Champlain Towers South building in Surfside, Florida, officials are focused on finding survivors but in the days and weeks to come, they will turn their attention to how and why the condominium building collapsed.

As of Wednesday morning, 12 people were confirmed dead, while another 149 were still unaccounted for in the rubble of the 12-story building (shown above), and officials have cautioned that it is too soon to determine an exact cause of the tragedy.

But if past disasters are an indication, the investigation will yield clues to help explain the cause of the accident and to prevent similar incidents from occurring in the future. The analysis of other multifamily structure failures has given way to new building codes, techniques and best practices that have improved the safety of new buildings and helped to strengthen existing ones.

Here is a look at six multifamily building accidents and the important changes they brought about:

The five-story Harbour Cay Condominium in Cocoa Beach, Florida, collapsed in March 1981 as workers were pouring concrete on the roof. Eleven workers were killed and 23 injured, according to Florida Today. Construction work on buildings in the area ground to a halt for months following the accident so inspectors and engineers could examine and approve them, the news site reported.

In searching for the cause of the incident, federal investigators pointed to multiple design and construction flaws as well as a lack of knowledge about structural concrete design among the project’s structural engineers. They concluded the most probable cause of the failure was insufficient punching shear capacity in the building’s fifth-floor slab that made it unable to resist the applied construction loads.

The findings led to more rigorous enforcement of building codes in Florida and nationwide. Key among these was the passage of the threshold law that requires an inspection of structural elements during the construction of buildings taller than three stories or 50 feet or those with an occupancy of greater than 500 people, according to ABC Action News.

In July 1981, 114 people were killed and more than 200 were injured when two walkways collapsed at the Hyatt Regency Kansas City Hotel during a crowded event in the hotel’s atrium.

With more than 1,000 people attending a dance there, the fourth-floor walkway gave way and fell onto a second-floor walkway and then both crashed to the ground. Survivors were buried beneath steel, concrete, and glass in a rescue operation that lasted more than 14 hours, according to Interesting Engineering.

The investigation also uncovered problems with communication among design and engineering staff, poor or no calculations and general negligence, according to the news site.

The disaster emphasized the importance of structural engineering as well as emergency management protocols, including issues about communication during a project, design quality control, shop drawing review, inspections and structural observation, according to Structure magazine.

In January 2015, a fast-moving fire sparked by a maintenance worker’s blowtorch burned through the Avalon at Edgewater apartment complex in Edgewater, New Jersey.

The blaze destroyed 240 of the wood-framed building’s 408 units, and displaced about 400 people who lived in apartments and another 520 residents from nearby homes, according to NJ.com. Although there were no fatalities, firefighters rescued three people from smoke-filled apartments and minor injuries were reported.

One of the problems that led to the huge blaze, according to Fire Engineering, was that the sprinkler system was limited only to the living spaces, with no sprinklers in the attic spaces or any of the spaces between the ceilings and floors.

Those measures have failed to be adopted, but some of the ideas have new rules, according to NJ.com, and New Jersey’s building code has been updated. In fact, some of the ideas pushed by state lawmakers because of the fire were adopted in the most recent code update, including a new requirement for sprinkler systems in attics and similar spaces, as well as a rule that there be a fire watch during nonworking hours for all construction sites that are at least 40 feet tall.

On June 16, 2015, partygoers stepped out onto a fourth-floor apartment balcony in Berkeley, California. However, the birthday celebration turned into a tragedy when the balcony collapsed, killing six people — including five Irish exchange students — and seriously injuring seven others.

After lengthy investigations, dry rot was discovered in the supporting wood underneath the balcony, and experts said they believed this disintegration occurred when workers waterproofed the wood while it was wet. Officials determined that although the plans called for pressure-treated joists that could resist rot, Segue Construction, the contractor, used an engineered wood product not intended to be used for decking or, in this case, a balcony. Investigators reported that the balcony assembly was not properly waterproofed, which allowed water to seep into the balcony assembly. The balcony material then rotted and weakened.

Because of the tragedy, the city of Berkeley launched an inspection of balconies and other outdoor structures and found hundreds in need of repair. In addition, state legislators passed California SB 465, which gave the licensing board more oversight over contractors and mandated two studies — one looking into whether an analysis of past contractor judgment and lawsuit information would add to industry safety, and the other considering necessary changes to state building codes.

The state building code has since been amended to include increased minimum load requirements and new standards for ventilation, waterproofing and drainage slopes for balconies and other load-bearing structures,

In the summer of 2017, fire consumed the 24-story Grenfell Tower high-rise apartment building in London, killing 72 people as it burned for more than 24 hours.

Two years after the disaster, U.K. officials determined that the reason the blaze was able to spread so quickly was that the building’s cladding — aluminum composite material rainscreen panels — acted as “fuel” for a fire that began in one of the unit’s kitchens.

Once the fire hit the cladding, most likely through a gap created by a heat-damaged window jamb, it was able to cover the entire building in fewer than three hours, helped along by polyisocyanurate and phenolic foam insulation boards behind the cladding and exposed polyethylene in a decorative crown, investigators found. Smoke and fire were able to spread through the interior via windows, exterior kitchen fan units and the failure of fire doors, some of which did not have self-closing mechanisms.

Investigators also found “compelling evidence” that the external walls of the tower did not meet building code fire-resistance requirements. Official recommendations from the report for practices going forward include that information, including plans, about a building’s materials and construction methods be made available to fire and rescue services.​ The insulation and cladding used on the Grenfell structure have been taken off the market.

Three construction workers were killed and dozens were injured after the $85 million Hard Rock Hotel project in New Orleans collapsed in October 2019 while under construction. The workers’ bodies were not pulled out of the rubble until nearly a year later, due to the building’s instability, bad weather and problems with the demolition contractor.

One of the claims in the multiple lawsuits that have since been filed against the Hard Rock’s developers and contractors is that there was inadequate support for the concrete being poured on the upper floors, where the building gave way, and that the concrete was not allowed to cure properly. After a months-long investigation, OSHA cited and fined 11 firms in connection with the incident.

Read more
Landlord’s Guide to...
Whether or not you’re a pet lover, pet-friendly buildings tend to be much more attractive to pet...
Read more
How Technology Has...
It is often said that necessity is the mother of invention, but just as often, a technology is created...
Read more
Neighborhood Ratings...
Neighborhood Ratings and Community Safety When people imagine their neighborhood, they usually picture...
Read more
ShowMojo 24/7 Live...
Over a decade ago ShowMojo pioneered Leasing Automation. Now, ShowMojo automatically responds to every...
Read more
Realtors still get most...
Over half of Realtors said that social media was their top lead-generating technology tool, according...
Read more
Room to Grow:...
Over the past decade or so, the multifamily industry has undeniably become more pet-friendly. Go to...
Read more
COVID-19 Led to Higher...
Student housing operators were adversely affected by the COVID-19 pandemic in 2020, according to a...
Read more
Apartment Amenities Get...
Although government requirements related to the pandemic have lifted, not everyone is ready to return...