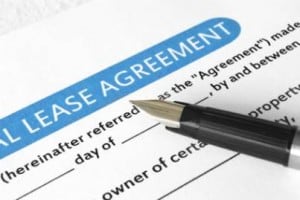 With the day-to-day activity involved in property management, it’s not surprising that commercial landlords often pay little attention to the terms of their long-term leases unless problems arise or renewal is on the horizon.

But there are other circumstances that might call for you to review and update your leases.

Lenders may expect their subordination to be explicitly recognized in leases. If a lender is replaced, update leases accordingly. Lenders also might impose requirements related to the tenants’ purchase options, payment provisions and rights to terminate.

Some leases may have been executed during the development, construction or operation of a project. You might find that lease terms, particularly financial ones, were acceptable at one time, but don’t work as well in later phases or as other circumstances change. Tenants that may have refused provisions affecting your ability to manage and develop the property initially could be more open to such terms at a later date. And changes in the tenant mix can trigger the need for rules on hours of operation, parking, signage and so forth.

The lease document represents your organization, so it should be professional and help facilitate negotiations over financial and other matters. A lease that’s too long and detailed can scare off unsophisticated tenants. However, a lease that’s overly abbreviated and vague can encourage tenants to take advantage, which could draw out negotiations.

Make sure the employees who negotiate on your behalf are on the same page as you, as far as understanding the lease and its associated rights and responsibilities. Involve these employees in the lease review process.

Keeping up with the law

Revisions may be needed in the case of changes in the remedies available and procedures mandated in cases of default or eviction. Amendments to bankruptcy law — which can increase or reduce the protections a deadbeat tenant is entitled to — require corresponding revisions to leases. Developments in other areas of law, such as environmental and insurance, also can affect leases. And formerly irrelevant statutes and judicially created common law can kick in as a building ages.

In general, landlords must provide tenants with formal written notices of any major changes to their leases. Tenants usually have the right to refuse any undesirable changes. Many leases include update (or modification) clauses that describe how the process of updating leases works and which types of changes don’t require tenant approval before going into effect.