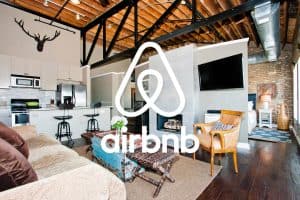 October is the perfect time for snack-size candy, questionable costumes, and entertaining your own worst fears. And for those of you (my mother) who love a good horror story, this month’s Airbnb news may definitely feed those fears (more on that later).

But for those of you who want to try Airbnbing—aren’t sure—but would like to hear about all the stuff that doesn’t make the news (but could potentially be a nightmare) we’ve listed our personal worst Airbnb stories below.

We’ve also included tips for how to avoid your very own house of horrors.

Things That Go Meow at Night

Suffice to say, as guests, this has been our worst Airbnb experience to date, but there were warning signs.

First, he mentioned the cat and some cat maintenance. Second, his Airbnb description included some language that suggested he was a wee bit demanding and did not have the strongest grasp of customer service: Will TEXT YOU if time permits, otherwise, Google it.

The take away on this one? Read between the lines and be clear on expectations. If there’s something about a place that seems or feels a little different (like paying to be a cat sitter), ask for more clarification on the issue, what’s expected, and what the scenario totally encompasses.

So, this one was 100% our fault. After checking a guest in on a Friday around 3 p.m., we left for a mountain getaway with spotty cell service. It wasn’t until 9 a.m. the next morning that we heard our guest’s multiple voicemails. Her messages had started around 6 p.m. and informed us that she had locked herself out on the balcony. Worse yet, by the third voicemail, she had needed to use the restroom. By the time we heard her messages, some good samaritan on the street had heard her pleas, notified the front desk, and helped her off the balcony and back into the studio (but not before she had to pee in a cup outside on our balcony).

We owe it to our guests to be reachable during their stays. They pay us. They depend on us. It’s about trust. It wasn’t cool that we weren’t able to help her. If you’re out of town or otherwise unavailable, make sure there is someone nearby whom you trust to take care of your guests—someone who can help them in emergencies (in many cities, including Denver, this is actually now required by law).

Actually, we used more colorful language than “rest in peace” for the $2,400 condominium garage door we had to replace, but the point is it died after our guest ran into it with his Jeep. We know our guest did this because our condo security cameras caught it and a month later informed us we had a $2400 bill to pay because buildings like working garage doors.

I won’t bore you with the details, but know that we did get the money back. The good news is Airbnb has all sorts of safeguards in place to help you in this kind of situation. First, they encourage (and we encourage) conducting correspondence through the Airbnb site so they can mediate. Second, you can give reviews and research people before they stay. Finally, there’s insurance. Airbnb offers host guarantees (which we don’t think is enough), and you can also get private short-term insurance which will cover you in such disasters.

Lastly, there’s been a lot of press recently about someone in Florida who used a modified smoke alarm to film their Airbnb guests in the bedroom. This is truly creepy and a legitimate horror story. While I feel terrible for everyone involved, Airbnb has had over 50 million users and relatively few horror stories (and we’ve had over 150 guests with minimal issues). The truth is the review system on the site helps keep (most) people honest, and it’s proven to be a fairly safe platform for almost everyone who has used it.

Try not to let the occasional nightmare spook you too much.

Have any horror stories of your own to share? Leave them in the comments below!