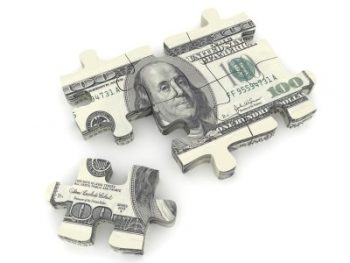 When we’re faced with a problem at our apartment community, rent concessions are often part of the solution.

A concession generally solves one of two problems.  One, we use dollars off to attract attention and remedy an occupancy dilemma.  Second, we extend a financial apology for a customer service failure.

A concession, as defined by Wikipedia is:

thing that is granted, especially in response to demands, a thing conceded.  preferential allowance or rate given by an organization.

Financial Fall Out From Rent Concessions

While a concession can be a problem solver, there are financial implications that should be considered.

In terms of rental concessions, there are generally two scenarios.  The supply of available apartment homes is so limited and competitive no one is offering any type of specials.  Second, the overall market is in free fall, with properties deeply discounting rents.  Where it appears that every community trying to outdiscount their competition.

When concessions are few and far between, it doesn’t warrant much attention or concern.  We discount the rent on the apartment that is located next to the dumpster, or for some reason, as apartment has been vacant just a little too long so we offer a discount to make it a little more attractive to a price minded prospect.  These one off situations have little impact on a property’s financial performance.

When Every Lease Has A Rent Concession

However, in markets where rental concessions are expected and aggressive.

There are several impact items to be considered.

A long term view considers how will this apartment home be increased in the future.  With a deep discount at move in, its challenging to implement increases that will get the rent back on track with the standard market rate.  Even when a lease renewal letter, references the discount received during first year lease; excessive rent increases are a challenge.

When the concessions are widespread across most unit types, it affects the overall financial performance of the property.

The calculation for the apartment community value will also reflect that the average rent is not the $900 listed as the market rate, but the $750 rate being paid by the new residents moving in.

Without a doubt, $9,000 in rent is better that $10,800 in vacancy loss.  But there is an accumulating shortfall in the rent revenue every time we authorize a concession on a move in or a renewal.