by Janet Portman, Inman NewsQ: My landlord and I are having a dispute over the timeliness of my rent 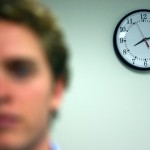 payment several months ago. I gave it to the manager on time; the manager claims he got it a day later, and charged the fee.
I refused to pay it, and then, in the next month, the landlord deducted the unpaid fee from my on-time rent payment, making that payment late — and triggering another late fee!
This has gone on for three months, so I now have three late fees. Is this legal? –Nancy C.A: Your landlord has hit upon a creative way of making money — and ensuring that annoyed tenants will leave at the first opportunity. Under settled principles of law, this scheme is probably illegal (and is unquestionably illegal in at least one state, North Carolina).

Late fees are supposed to compensate landlords for the damages they suffer when they get the rent late, such as the monetary value of the time they take to remind tenants to pay, and the interest they lose on the rent while it remains unpaid. Let’s give your landlord the benefit of the doubt for the moment and assume that the first rent check was late and that the fee was reasonable in light of the rule. Let’s further assume that your lease declares, in the late-fee clause, that any late fee will be considered “additional rent.” This little bit of legal light-handedness allows the landlord to serve a notice to pay rent or quit if the tenant doesn’t pay the fee — after all, it’s “rent.”

But all the legal tricks in the books won’t solve the next problem for your wily landlord: Stacking late fees, which you’re experiencing, does not compensate the landlord for the lateness of your one and only truly late rent payment. Instead, the second and subsequent fees are penalties for your refusal to pay. And penalties, in a consumer transaction, are not legal. Your landlord’s proper response would be to take the fee from your security deposit, then demand that you top off the deposit (if you refused, he could legally serve you with a pay-or-quit notice). Or, the landlord could serve a pay-or-quit notice, because, as noted, the unpaid late fee is rent.

North Carolina specifically disallows late-fee stacking like you’re experiencing. But no matter where you live, you can defend yourself against any eviction based on nonpayment of rent (stacked fees) by explaining that the rent was “late” only once, if at all.