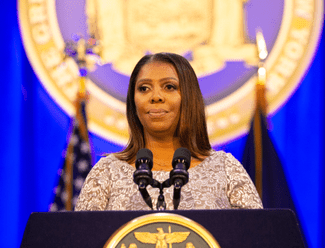 An Upper Manhattan property owner who lied about apartment improvements and made up fake tenants has agreed to pay back thousands of dollars in rent to its tenants.

560-568 Audubon Realty, run by Fred and Alex Hay, has reached an agreement with Attorney General Letitia James to pay back the ill-gotten gains, but the company will not be fined, The Real Deal reports.

An investigation into the company’s practices started in 2019, just before the state’s reform of the rent regulation laws. Before the new legislation was enacted, landlords could claim rent raises as the result of improvements to individual apartments. 560-568 Audubon Realty lied about improvements to units it had made and doubled rent in some cases based on renovations that were never completed, according to the AG’s investigation.

The company created fake tenants to make use of the now-defunct vacancy bonus, which allowed landlords to increase rents by as much as 20% when a unit became vacant. Meanwhile, the landlord was telling the state’s Division of Homes and Community Renewal an inflated rent, allowing for more hikes on renewals.

A total of 59 stabilized tenants will be receiving money for rent overcharges, which also covers renters who didn’t take action in the 2016 suit. New York state legislators passed a sweeping set of new laws drastically curtailing how landlords can raise rents on stabilized units or move them out of regulation back in 2019.

Housing advocates welcomed the rules, but many in the industry have said it is penalizing them and their ability to run their businesses. The AG declined to comment on why the Hayses weren’t assessed an additional penalty for the fraudulent rent registrations.