The city alleges ‘flagrant’ violation of its short-term rental ordinance by the Expedia-owned brand. 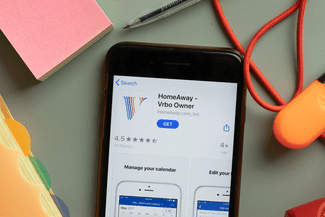 The city of Los Angeles is fighting back against what it calls a “flagrant” violation of the city’s short-term rental ordinance (STRO), which prohibits platforms like Vrbo from booking transactions for unregistered hosts.

City Attorney Mike Feuer announced today a lawsuit against HomeAway, which operates the popular Vrbo brand, and is a leading short-term rental hosting platform. According to the city attorney’s office, HomeAway, part of Expedia Group, allegedly routinely processes rental bookings for unregistered hosts when the STRO prohibits home sharing without the host first registering with the city and paying fees.

Expedia Group and Vrbo did not immediately respond to requests for comment.

From Nov. 7 to Dec. 7, 2021 — the most recent 30-day period for which the city has booking data from HomeAway — at least 229, or 29 percent of the 776 processed bookings, did not have a valid home-sharing registration number, according to Feuer’s office. He said that data suggests that HomeAway has completed thousands of prohibited transactions since the STRO took effect July 2019.

“We’re in the midst of a housing crisis,” Feuer said. “And when online platforms and hosts refuse to play by the rules, it allows them to compete unfairly with those who do, as well as depriving the city of much-needed revenue for basic services. HomeAway’s alleged flagrant violations of city law must end now.”

The STRO requires eligible hosts to submit an application, pay a fee and obtain a registration number. All postings for short-term rentals must list the registration number, and hosts may not rent for more than 120 days in a calendar year unless they’ve obtained a separate exemption. Hosts are also required to pay a fee to the city for each night of a short-term rental, and collect transient occupancy taxes from guests, which must also be remitted to the city.

Feuer’s lawsuit seeks to stop HomeAway from further violating the STRO. It also seeks penalties of up to $2,500 under the Unfair Competition Law and up to $2,500 under section 11 of the L.A. Municipal Code for each past unauthorized booking.