Attendees at this year’s KBIS had a lot to celebrate – new products, new technologies, lots of industry presence and, most of all, an encouraging forecast for the year to come. At its annual address, the National Kitchen and Bath Association reported that the state of the industry is “excellent.”

That positive note received further confirmation the following week from the Joint Center for Housing Studies at Harvard University. Theirreport, “Emerging Trends in the Remodeling Market: Improving America’s Housing 2015,” declared that “the home improvement industry could easily post record-level spending in 2015,” with kitchen and bath upgrades helping to lead the way. 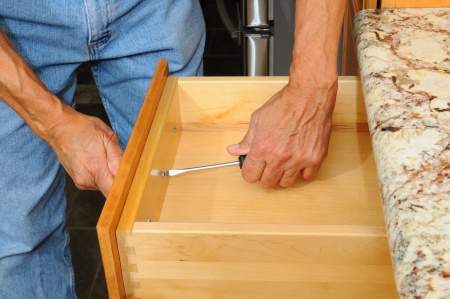 While acknowledging that “the slow recovery in the housing market and the broader economy is holding back homeowner spending on the larger discretionary projects that typically fuel growth in remodeling,” the report contends, “as prices for both single-family owner-occupied homes and rental properties continue to firm, and as new industry niches continue to emerge, investment in improvements to the nation’s housing stock is likely to strengthen.”

According to the report, the gradual improvement in the housing market and overall economy sparked a $6 billion increase in homeowner spending on discretionary home improvements between 2011 and 2013. Kitchen and bath remodels and additions received the lion’s share of that spending, accounting for 17.2 percent (9.5 percent and 7.7 percent, respectively) of a total $192 billion spent on all home improvements in 2013.

Industry leaders contributing to K+BB magazine’s 2015 Industry Outlook cite job growth, continued appreciation of existing homes and more readily available funds as key drivers that will maintain the resurgence of remodeling activity in 2015. Demographics also are having an impact.

The trend that is likely to continue “as housing developers shift their focus from exurban communities toward urban and older suburban neighborhoods.” Both for life stage and economic reasons, these groups of homeowners are choosing to remain in their currents homes and to remodel rather than move.

Even with all these positive indicators, current projections suggest growth in 2015 will likely be modest. The most recent LIRA forecast predicts strong growth in the beginning of the year — at around 6 percent — but a tapering off in the second half to below 2 percent.

At a news conference held at the International Builder’s Show last month, NAHB Remodelers Chairman Robert Criner said the association expects an annual 3 percent increase in real growth in remodeling business over 2014. Similarly, although it does not predict a rate of growth, the latest release from the National Association of the Remodeling Industry foresees “slow, steady recovery for the remodeling industry” in the months ahead.

This article originally appeared on Multibriefs