Home · Property Management · Landlord Quick Tips · I’ve been a landlord for 14 years, and there are 4 things I wish I’d known before I bought my first rental property 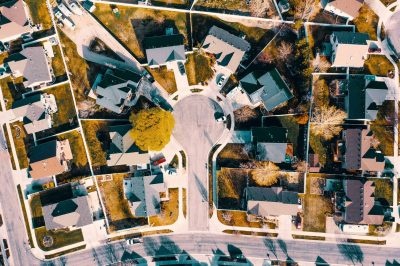 I have always been a sucker for passive-income deals. The idea of being able to spend some money up front for a monthly return is really attractive to me. So the thought of buying investment property is something I investigated early in my life.

Over the past 14 years of being a landlord, I’ve learned a few things I wish I’d known when I was just starting out.

How I got started as a landlord

Before I start, I thought I’d share a bit about how I became a landlord. It probably seems unbelievable now, but back in 2006 banks were handing out access to loans, money, and lines of credit like candy. At a local real-estate investor’s meeting, I met a broker who helped me sign up for two $50,000 lines of credit solely based on my employment and credit score. I used those lines to buy my first investment property.

The plan was to fix it up and then flip it to an end buyer. But by the time I had it ready to go, we were deep into the recession of 2007-2008. All of a sudden, the credit and mortgage markets had tightened, and the people who were looking to buy houses in this price range could no longer qualify for mortgages. So I transitioned into becoming a landlord. I soon bought a second property, and when I moved into a new house I also rented out my former residence as a third rental.

Lessons I’ve learned as a landlord

1. Tenants are not your friends

For me, because one of my rental homes is in the same community I live in, this is important to remember, since we will occasionally see each other around town. In fact, at one point, my daughter and the daughter of one of my tenants were in the same school class, and my daughter was invited to her birthday party. Which was at my rental house! Handling the situation professionally avoided what could have been an awkward situation.

2. Never rent to friends or family

Along the same lines, one of the most common pieces of advice given to new and prospective landlords is to never rent to friends and family members. While, thankfully, I have never run into a situation in which this has bitten me, I know several people who have had no end of trouble dealing with fallout from it.

Even if both of you enter the situation with the best of intentions, the fact is that you as the landlord and your tenant have different expectations and goals. So when an unexpected situation arises, it’s quite natural for both of you to be looking out for your own best interests, and that’s where damage to the relationship can occur.

I think the only scenario in which I’d consider renting to a friend or a family member would be if it were a close relative (like my child) and I was both willing and financially able to eat several months of rent if it came down to it.

Another thing that I have seen burn many landlords is the importance of sticking to written rental criteria when evaluating tenants.

So many landlords I see try to pick a tenant “by gut feeling.” Not only could this open you up to Fair Housing lawsuits, but it can also lead to talking yourself into a bad tenant.

I have written criteria regarding monthly income, past evictions, convictions, and judgments, and I stick to it. I rent to the first person who meets all the criteria and pays the holding fee.

4. It can take a LONG time to evict a nonpaying tenant

Thankfully, I have only had to evict one tenant in my 14 years. I’ve had a few others in which the relationship did not end on great terms for one reason or another, but only one has gone all the way to an eviction. And it took a long time (several months), and Ohio, where I live, is not nearly as tenant-friendly a state as many others.

By the time I finally got the writ from the sheriff, the tenants had already left the property a month or two earlier. I hadn’t gone in already on the advice of my lawyer, but by the time I legally and officially got possession, I was left with thousands of dollars of junk removal and repairs on top of the months of missing rent.