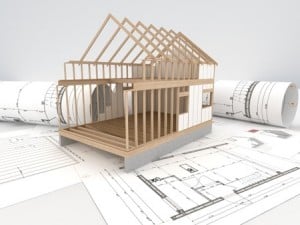 The change is probably temporary and explained by obvious factors.

If 2020 weren’t odd enough in commercial real estate, it now seems that more single-family homes were under construction than apartment units, reports National Association of Home Builders Chief Economist Robert Dietz. According to Dietz, the last time that happened was in 2013.

But before shifting investment priorities and business plans, it’s a must to dig a bit more into exactly what’s going on and understand whether there are long-term implications or only a blip of change.

As Dietz noted in his blog post, up until midway in 2008, this was a norm. The financial crisis hit, the housing market crashed, and people in the business became wary, leading to a current 6.8 million single family house shortage, according to a National Association of Realtors-sponsored study.

First, multiple factors had combined to change the balance.

“In 2020, apartment construction slowed down as a reaction to the ‘new’ pandemic,” Alan Hammer, an attorney in the real estate practices at Brach Eichler, tells GlobeSt.com.  “Those in the business were just not sure where a business would go in the near term.  Consequently, projects were placed on hold versus single-family homes.”

“The short-term popularity of single-family rentals over multifamily rentals can be attributed primarily to the pandemic,” adds Brian Zrimsek, industry principal at the proptech firm MRI Software. “Renters sought more space and privacy, and they were able to work from home.” SFR and build-to-rent construction didn’t lag the same way.

Also, the impact wasn’t even across the country. “In some areas of the Midwest and South, the population is geared towards owning their homes, so most builders are focused on SFR development,” Shahin Yazdi, a principal/managing director of George Smith Partners, tells GlobeSt.com. “There has been a lot of SFR development in these areas due to migration so, on a national scale, the NAHB statistic makes sense.   In metro cities though, there is a scarce supply of SFR development and thus it would very little effect of multifamily development that continues to be needed by these cities due to its housing shortage.”

The balance is likely to shift back again with little long-term effect on multifamily. “The construction industry cannot build fast enough to accommodate demand and does not build the ‘right’ units in large numbers, as the shortage is severe for starter family units and units below 1400 sq. ft.,” Al Lord, founder\ and CEO of Lexerd Capital Management, says. “The millennium generation, now 20% of the population, is ready to start forming families but starter units are not available and multifamily rentals will be in high demand. Most importantly, the single-person households are expected to increase by 5 million by the end of 2030, thus favorably impacting multifamily rentals.”

Plus, according to estimates that Zelman Associates provided GlobeSt.com, the estimates of a housing deficit may be flawed, leading to too much construction at a pace leading to an oversupply “by roughly 20-25% for single-family and 10-15% for multi-family.”

“To us, the seeds are being planted for the typical real estate supply predicament,” the firm says.