Gen-Z Will Drive Long-Term Growth in the BTR Space 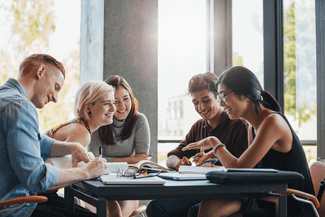 The build-to-rent sector is poised for rapid growth over the next several years. Currently, the rental housing segment is serving aging millennials looking to start families but not yet able to achieve homeownership. However, Generation Z is standing in the wing ready to fuel long-term growth in the BTR space. According to Noam Franklin, a member of Berkadia’s JV Equity & Structured Capital team, 43% of Generation Z prefers single-family living to apartment living in young adulthood.

“According to survey data from the National Apartment Association, 43% of Generation Z wants to rent single-family homes following the completion of their university education. With the current age range of Generation Z spanning six to 24 years old, the first wave of this cohort is just now starting to make an impact on rental housing demand,” Franklin tells GlobeSt.com.

In addition, Franklin expects demand will grow alongside supply, which will be diverse. Ultimately, it could even pull people away from homeownership. “We also believe as more people visit their family/friends renting in BTR communities, they will start to weight the benefits of renting vs. owning and might be more inclined to sell their homes, particularly with current valuations of their properties at all-time highs,” says Franklin.

Demand from both millennials and Generation Z will fuel growth in market over the next several years. Franklin says that as the market matures, it will gain new investors. “As new players enter the space, each will bring their own unique vision and that will result in a greater variety of product across the country, which is a net positive for renters and investor alike,” he says. Over time, smaller local/regional groups may ultimately grow into super-regional and national firms.”

Due to the expected growth in this sector, multifamily investors are focused on increasing exposure to BTR assets. Our team focuses 100% of our time on the equity side of the capital stack, so we speak daily with many providers of capital and a large majority of them are interested in both multifamily and BTR. Almost all of them are underweight in BTR allocations so have that at the top of their wish list,” Cody Kirkpatrick, one of Franklin’s colleagues on Berkadia’s JV Equity & Structured Capital team, explains.

However, multifamily also remains a highly sought-after asset class. “With current supply vs. demand metrics, capital will continue to see the need to allocate more of its investments to the residential space in both multifamily and BTR opportunities,” says Kirkpatrick. “Keep in mind, certain gateway markets have minimal available land, so BTR communities are almost non-existent in markets like New York, Seattle and San Francisco.”