2022 Could Be When Apartment Demand Finally Cools 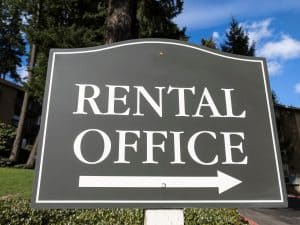 Lower-waged job growth, the end of “bargain” rents, and build-to-rent single family homes could have a big impact.

Let’s talk about 2022. Apartment demand has soared the past year and is still flourishing. But RealPage chief economist Greg Willett points to several factors that could cool apartment performance next year.

RealPage analysts are anticipating that near-term demand for US apartments will remain well above the historical norm. However, it seems likely that the product absorption volume will ease to some degree from 2021’s high level. Several factors point in that direction.

First, most economists expect that many of the country’s near-term job additions will occur in industries where wages tend to be low or moderate. That growth pattern runs counter to what was seen over the past year or so, as recovery from Spring 2020’s mass layoffs registered more quickly in high-paying industry segments like professional services and the tech sector.

The addition of lower-paying jobs doesn’t fuel new household formation to the degree seen when expansion is led by the creation of jobs that pay well.

Second, with bargain rents now mostly in the rearview mirror in gateway metros, the demand comeback in these areas could slow. The youngest renters have played an especially big role in apartment leasing activity in gateway metros during 2021, with reduced prices spurring demand from households who previously couldn’t afford living in these locations unless they teamed up into multiple roommate households.

At this point, rents are roughly at or meaningfully above pre-pandemic prices everywhere except the San Francisco Bay Area.

Third, build-to-rent single-family homes could drain off some demand from apartments in the Sun Belt. While build-to-rent single-family home subdivisions form only a very small portion of the total rental stock now, quite a few of these communities are under construction now, mostly in Sun Belt locations where exurban land prices are low enough to make this product work financially.

Willett is not the only expert looking at when the apartment markets could start to cool. In September, Kimberly Byrum, Principal-Multifamily, Zonda Advisory, suggested that Phoenix, Raleigh-Durham, Las Vegas, Tampa and Denver are to be considered the most likely apartment markets to overheat in the coming months.

She said then that high occupancy is driving unprecedented rent growth in asking rents, primarily on new lease activity.

“Will it hold?” Byrum said. “Let’s see how many leases are being signed at these rates?”

Read more
5 Biggest Mistakes...
After a long search, you finally bought the perfect property. You like the location. It’s all fixed...
Read more
As NY’s Eviction...
Hundreds of thousands of households across the state already owe back rent as a result of the pandemic,...
Read more
How to Avoid Housing...
Children need good, safe places to call home, just like everyone else. Federal and state housing laws...
Read more
How Apartments Can Bail...
The office market remains in the dumps. Downtown vacancy rates are the highest they’ve been...
Read more
Renter Churn: Which...
Over the last 20 months, unprecedented shifts have led to new migration patterns. And while some...
Read more
Maryland...
Transit-oriented developments — high-density, mixed-use communities close to public transportation...
Read more
Guide to Negotiating...
In the course of your duties as a landlord or property manager, you’re likely to come across the...
Read more
How To Form A Great...
You'll need trust and a whole lot of patience. So you've accepted recommendations, then...