Inside Chicago’s Effort to Protect Tenants’ Right to Cool Air 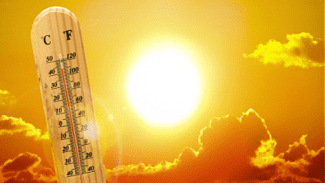 When temperatures in Chicago climbed above 90 degrees during a heatwave this past May, residents of the James Sneider Apartments in Rogers Park sweltered. Inside the 10-story senior living facility, the air conditioning was turned off. Tenants reported that temperatures inside rose to over 100 degrees, but their complaints went unaddressed for several days, according to local news reports. Four days later, as the heat began to recede, three elderly women were found dead in the building.

Though county medical examiners have yet to release the official cause of death for the three women, their families and some local officials blame the lack of cooling. Living amid high temperatures can cause heat-related illnesses like heat exhaustion and heat stroke, which can become fatal, and is particularly dangerous for elderly people.

“We don’t want any more tragic deaths because someone’s not turning on the A/C when it’s available,” says Alderwoman Maria Hadden, whose district includes the James Sneider Apartments, in a social media video urging locals to use the city’s cooling centers.

To curb heat’s dangerous health effects, Hadden introduced updates to the city’s heating and cooling ordinance that would provide tenants with stronger cooling protections. The new rules, which the city council approved last month and have already taken effect, mandate that all large condominiums and senior living buildings have designated cooling areas where cooling must be turned on when the outside heat index exceeds 80 degrees. Any newly constructed condominium buildings, daycares and schools must now be equipped with cooling and dehumidification equipment.

The new rules are already being tested this summer, with temperatures climbing to 100 degrees for two days in a row last month – the highest city temperatures had been in 10 years.

“All signs point to long-term hotter temperatures, so the rules have to catch up,” says Mark Wolfe, executive director of the National Energy Assistance Directors’ Association. He sees Chicago’s cooling rules as a step in the right direction. 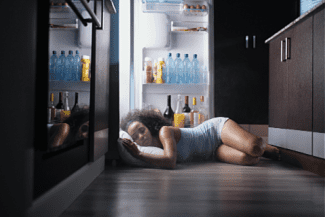 While cities across the country have long had laws about winter heat requirements, getting officials on board with the reality and urgency of cooling needs has been an uphill battle. The stakes are only climbing higher as climate change causes more frequent heat waves and hotter summers. In some cases, like in Chicago, the lack of cooling protections can have devastating effects, making clear the need for robust cooling laws.

“You need stronger summer protections,” Wolfe says. “You need requirements for building owners to install air conditioning and fans that are appropriate to address rising temperatures. And you need to find some way to pay for this.”

To Cheryl Johnson, executive director of the Chicago-based climate justice and tenant advocacy organization People for Community Recovery, the new rules help address some key cooling needs, especially for the elderly. But she worries about residents in smaller buildings where no cooling rules apply.

“If it’s 90 degrees outside, internally it’s almost three to five degrees hotter,” Johnson says. “If you live in an old building structure that doesn’t have proper insulation, that can be really problematic for people who have health issues.”

Tenants of smaller buildings often must turn to the city’s public cooling centers for a reprieve from the heat, but limited hours and locations makes those an imperfect solution, Johnson explains.

Cooling’s potentially high cost is not addressed in the new legislation, leaving some residents unable to afford to cool their homes. Though public programs exist to help low-income families cover utility costs, most don’t include cooling cost assistance. Illinois’s Low Income Home Energy Assistance Program, for example, helps low-income families afford the cost of heating their homes during the winter, but currently does not provide assistance for summer cooling costs.

“Everyday, somebody is getting a disconnection notice,” Johnson says. She wishes the city would set aside funding for low income tenants to help cover the costs of cooling and to prevent electricity shut offs during high heat. Without such protections, climbing temperatures further perpetuate inequality in the city.

“Black and Brown and low-income, poor communities are impacted worst,” Johnson says. “They’re the ones without air conditioning.”

It will be years until the full impact of the new rules is felt.

“Chicago’s building stock can’t change overnight to ensure all residents will be able to stay safe in their homes during extreme heat,” says MeLena Hessel, associate director of policy at Elevate, a Chicago-based organization that works to improve access to affordable utilities. “But we do need to actively plan for that transition.”

In Chicago, average summer temperatures have risen by over 2 degrees in the last 30 years, and are predicted to get even hotter. To Hessel, there’s no doubt that means that more residents will need access to cooling – and, essentially, that cooling must be as energy efficient as possible.

Accessible, affordable and sustainable cooling for all is a future that other cities and states are working towards, too. Phoenix and Dallas have for several years required cooling equipment in rental units. In Oregon, a bill passed earlier this year limits the restrictions landlords can place on portable cooling devices, and in California, a bill currently in the state legislature would require landlords to ensure their buildings maintain a “safe indoor air temperature.”

Wolfe hopes that more cities will soon follow suit, and that local and federal governments will fund and support new cooling regulations that keep residents safe as cities become hotter.