How to Avoid a Retaliation Complaint from Your Tenants

As a landlord in Massachusetts, you have rights when it comes to your rental properties. You don’t need a reason to terminate a tenancy or raise the rent. However, there are times when doing so can land you in hot water. If your tenant believes such actions are being taken because they are exercising their rights as a renter, you could be accused of retaliation and heavily fined. 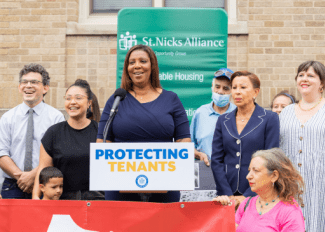 What is Landlord Retaliation?

When it comes to rentals, retaliation refers to a landlord taking action against a tenant for exercising their rights. These rights include the right to unionize or form other tenant advocacy groups, calling your city’s inspectional services department to investigate possible code violations, and others.

If your tenant is exercising their rights and you raise the rent, evict them or otherwise terminate their tenancy, or make changes to your tenant’s rental agreement within six months of their actions, they could take you to court on retaliation charges. If you determined to be at fault, you’ll be held liable for damages. MGL Ch. 186 Section 18 stipulates these damages will be, at minimum, the equivalent of one month’s rent and could equal up to three months’ rent or actual damages, whichever is greater, plus attorney’s fees.

What are Examples of a Tenant Exercising Their Rights?

As mentioned, a tenant has the right to start a tenants’ union or join an existing union or renter advocacy group. They can start a small group with just the other residents living at your rental property, and advocate for changes as a unit. They can join a protest against you or other landlords, and be protected against retaliation.

Your tenant can call the Board of Health and ask for an inspection if there is something in your unit that they believe violates the State Sanitary Code. (Hopefully, you and your renters have good communication and you are responsive to issues before it comes to this.) They can also report you for other legal violations.

All tenants have these rights and are protected against retaliation, regardless of whether they have a standard lease or a tenancy-at-will agreement. If you attempt to evict them without cause or raise the rent within six months of them exercising their rights, you could face retaliation charges.

What if My Tenant Violates the Lease, or I Need to Sell the Property?

These laws don’t mean you cannot evict your tenant or raise the rent during that six-month time period. However, if you do, and you are questioned about it, you must be able to prove that your actions are not due to your tenant exercising their rights.

For example, let’s say your renter joins a tenants’ union a month before their lease is due to be renewed, and you had already planned on raising the rent. In that case, you should be able to point to communications with your tenant about the increase, or perhaps a line in the lease about scheduled increases. If your tenant is two months into a month-to-month tenancy and you attempt to raise the rent, you may have a harder case to prove.

If your tenant calls for an inspection for a leaky pipe (which you fix) and then doesn’t pay their rent two months later, then you can issue a notice to quit without much trouble. The same would be true if your renter violated a clause in their lease. However, if you attempt to evict without cause (or for something incredibly minor, such as leaving a package in the hallway one time), or send notice terminating a month-to-month tenancy at will, then you may have to answer more questions. And if you didn’t fix the aforementioned pipe, your eviction is headed for dismissal by the courts. If you’re terminating for a good reason that isn’t your renter’s fault, such as needing to sell the property or having family moving in, you should be in the clear, but consult an attorney before taking action.

Retaliation or Not? The Burden of Proof is Yours

In any case, if you do something to change the tenancy within those six months, the presumption by the courts is going to be that you were being retaliatory unless you can prove otherwise. This can be tricky: It’s hard to prove a negative.

This is why it’s important to document any changes you plan to make, and make sure that you’re acting in good faith. Sometimes you’re going to have to raise the rent or move to terminate a tenancy, but you need to make sure you’re doing it for sound reasons. Don’t comb your lease for minor violations in order to evict “for cause” just because you’re mad that your tenant joined a union. If you weren’t planning on an increase at lease renewal, don’t change your mind and double the rent because your tenant called the Board of Health and you had to fix that leaky tub or update your smoke detectors.

The other thing you can do to avoid having to prove you weren’t acting in retaliation is do your best to stay out of the situation in the first place. You can’t (and shouldn’t) prevent your tenants from joining a renters’ union. But you can probably avoid a request for a Board of Health inspection by communicating with your tenant about issues and keeping the place in decent repair.

Finally, if you must take action during that six-month timeframe, consult an attorney first to make sure you won’t be running afoul of the rules. This could save you time and a lot of money.

Your tenants have rights, just as you have rights. Sometimes these rights will butt up against each other. They have the right to join a union and stage a protest if they don’t like you or another landlord; you have the right to raise the rent as much as you want at lease renewal (just not in retaliation for your tenant exercising their rights). You won’t be able to avoid conflict sometimes. But doing your due diligence in keeping your rental a place people want to live, communicating with others and making sure your documentation of any changes are in order will go a long way toward avoiding an accusation of retaliation.