How Los Angeles Judges (and staff) Decide Your Case

By Nate Bernstein, Attorney at Law 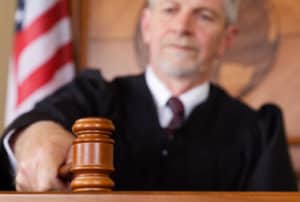 If your case or law and motion matter does not settle, you run the risk of having a judge decide the issue before the Court. This is how they do it, but first, a few words about how court chambers function in this warzone environment that has difficult working conditions.

It is important to understand that judges are overworked, and by some standards, underpaid for their long hours.  Judges are human beings, and are not paper pushing robots.  Because they see issues over and over again, they are bored with the mundane and like to hear interesting issues such as a product liability case where the air bags failed to deploy. Judges rely on their staff research attorneys a great deal to complete research and decide legal issues. The court also may have volunteer law school interns work on some matters assigned by the research attorneys. These interns work without pay, but may get law school credit in exchange for their service. The research attorneys will do extensive research, will work up the matter, and make recommendations to the judge. The judge may not have time and resources to read all or some of the papers that you file in court for a hearing. It may not be humanly possible to read 15 motions before trial starts.

You retain counsel, spend money on attorney’s fees and costs, and you come to court and the judge has not some read or read all of your papers. This is an interesting phenomenon. Some judges may be good actors, or may admit “this matter will have to be continued so I can provide further review of the briefs. I will continue the hearing and take it under submission.” Some judges are honest about not having the time to read the papers, but other judges may fudge it. Other judges have read the papers thoroughly, discussed the issues with their staff attorneys, and may have certain additional questions about the evidence or the law. Other judges are concerned about new case authority that has just come out that may impact the result in the case because the authority is on point.

Judges also rely on their courtroom deputies or calendar clerks a great deal to manage the busy court calendar. Now in superior courts, for unlimited jurisdiction cases, calendar matters are set through a computerized reservation system so courtroom deputies have to coordinate with the online system to get matters on calendar. The days of calling the courtroom deputy and reserving a law and motion hearing date are gone. It’s all done through a computer reservation system that spits out a confirmation.  Some superior courts (like Orange County) also require that documents for motions and trial be filed and uploaded online, but the downtown Los Angeles courthouse has not yet implemented that type of filing system.

In addition, judges rely a great deal on the attorneys before them for presentation of legal authorities and factual information. Attorneys are both officers of the court and advocates for their clients. When a judge asks for information or legal briefing from the attorneys, this is a great opportunity for a skilled attorney for persuade the judge on an important issue in the case. Judges may ask for a letter brief on a particular issue. For example, a judge once asked me for a short brief on whether a trustee of a private trust can appear in court without an attorney. I researched the issue and provided the judge with an answer and she appreciated my efforts.

Here are some guidelines for how judges will decide an issue before them:

Sometimes, the Court may steer oral argument in a particular direction to asking the attorneys for facts or legal arguments that have not been presented in papers.   If the issue is hotly contested and parties are watching the hearing and at each other’s throats or if the judge wants to do further analysis- the judge may say “I will take the matter under submission.”   This is courtroom jargon for – “I will let you know my final ruling by mail and not today so there is no shooting in the court parking lot between opposing parties. “    To avoid a huge emotional outcry or sigh in the courtroom- the judge bypasses all that by “taking the matter under submission.”   The attorneys and the parties leave the courtroom with the tentative ruling- but not the final ruling.     The final ruling will arrive by mail.

In law, there are different types and levels of “burdens of proof.”   In a criminal case, the threshold is high- “beyond a reasonable doubt.”   In a civil case the threshold is much lower- “preponderance of the evidence,” 1 % of quantum proof more than 50 % is a preponderance of the evidence for most civil law issues- tip the scale oh so slightly.   The standard is met if the proposition is more likely to be true than not true, and the scales of justice are tipped ever so slightly.   The standard is satisfied if there is greater than a fifty percent chance that the proposition and the element is true.

The author of this article, Nate Bernstein, Esq., is the Managing Counsel of LA Real Estate Law Group, and a member of the State Bar of California and his practice concentrates in the areas of complex real est

Any statement, information, or image contained on any page of this article not a promise, representation, express warranty, or implied warranty, or guarantee about the outcome of a legal matter, and shall not be construed as being formal legal advice. All statements, information, and images are promotional. All legal matters are factually specific, laws change on a daily basis, and courts interpret laws differently. No express or implied attorney client relationship shall be inferred from any statement, information, or image contained any pages of this website. No attorney client relationship is formed until the client or the client’s representative, and the attorney signs a written retainer agreement.

Read more
Federal Appeals Court...
A federal appeals court panel has appeared skeptical of a Seattle law preventing landlords from...
Read more
Real Estate as a Hedge...
With inflation reaching levels not seen in decades, real estate remains an attractive investment...
Read more
The Factors of a...
Location, location, location. In a real estate boom, homebuyers will clamor for almost any house...
Read more
Vacant Zombie...
Zombie Foreclosures Up 3 Percent from First to Second Quarter of 2022 as Foreclosure Activity...
Read more
Single-Family Rental...
There were declines in three-quarters of US counties. It’s a challenging market for single-family...
Read more
SoCal Apartment Rents...
The average rent in Orange County reached $2,476, an 18.2% jump over the same time period the year...
Read more
5 reasons why rents are...
Inflation, demographic shifts and supply shortages have created a perfect storm of rent growth Over...
Read more
NYC Approves Rent...
New York City residents who live in rent stabilized homes will soon see significant increases in...