Home·Property Management·How Long Can a Building Owner or Landlord Depreciate a Leasehold Improvement?

How Long Can a Building Owner or Landlord Depreciate a Leasehold Improvement? 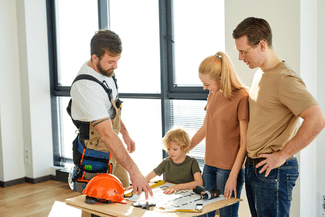 A leasehold improvement is a change made to a rental property to customize it for the particular needs of a tenant. Leasehold improvements, such as painting, installing partitions, changing the flooring, or putting in customized light fixtures can be undertaken either by the landlords—who may offer to do so to increase the marketability of their rental units—or by the tenants themselves.

Changes to the exterior of a building or its landscape also don’t apply. If a landlord replaces the roof of the building, upgrades the elevator, or paves the parking lot—none of these changes are considered leasehold improvements, as they don’t benefit a specific tenant.

Once the lease ends, the improvements generally belong to the landlord, unless otherwise specified in the agreement. If the tenant is able to take them, they must remove them without any damage to the property.

For GAAP financial reporting, improvements to leaseholds can be capitalized or expensed depending on the dollar amount of the improvement. Companies set a capitalization limit, an internal accounting standard determined by management that sets the threshold amount above which an item is capitalized instead of expensed.

A capitalized leasehold improvement under GAAP is amortized over the lesser of the remaining useful life or the remaining term of the lease. Useful life is determined based on management estimates.

Additionally, the remaining term of the lease can include extensions so long as they are foreseeable and reasonably assured of happening. If the building is subsequently purchased, the lease ceases to be in effect, and the leasehold improvement would be amortized over the remaining useful life of the building.

The 15-year rule was enacted by the Internal Revenue Service (IRS) in 2004. Prior to that year, the depreciation term was 39 years. The 15-year rule is not permanent and must be reauthorized every year.

The depreciation term is fixed regardless of the actual useful life of the leasehold improvement or the remaining term of the lease.

Read more
Best loans and...
It's been one of the best ways to grow wealth and take steps toward financial freedom for hundreds...
Read more
3 Impactful Financial...
Becoming a financially successful landlord in 2023 is difficult. Material costs, such as lumber, have...
Read more
How to monitor and...
Whether you own a luxury home in a gated community or a condo in the city, if you have paying tenants,...
Read more
Real estate investing:...
It all looks so easy on HGTV: A couple buys a house, does a complete makeover, and sells it for a tidy...
Read more
How Property Managers...
The COVID-19 pandemic changed how property managers and renters alike defined home. At some...
Read more
6 ways to increase...
Ready for a vocabulary lesson? The verb google (with a lower-case g) was entered into...
Read more
Risks of Long-Term...
Negatives to Consider When a Tenant Renews Their Lease Landlords do not want to have to deal with...
Read more
The Future of...
However busy residential property managers and landlords may be, it’s important to always stay...