How Apartment Landlords are Working with Struggling Residents 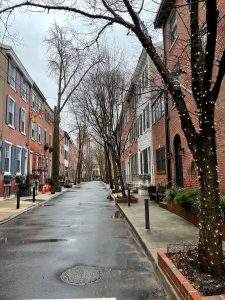 Apartment firms are working with delinquent renters, according to the National Multifamily Housing Council survey of apartment owners and managers.

The NMHC Pulse Survey on Eviction Mitigation Practices, which ran from July 19 to 26, showed that 100% of the 74 firms responding offered payment plans for residents facing financial hardships. Ninety-six percent of respondents waived late fees, while 78% provided deferred payments and 58% provided extended, shortened or other changes to lease terms. Fifty-four percent provided cash for keys and 50% provided fee-free ability to charge rent on a credit card.

“At the onset of the pandemic we issued a call to our industry to halt evictions, create payment plans and work with residents as they faced this unprecedented hardship. The new data demonstrate how both the multifamily industry and residents alike made monumental sacrifices to meet their obligations during this crisis,” said NMHC President Doug Bibby said in a prepared statement. “As we transition away from these emergency pandemic orders, we ask apartment firms to continue their efforts to work with residents during this wind-down period.”

NMHC’s survey comes out as the eviction moratorium is set to end this month, and evictions are expected to increase. However, some experts do not foresee a significant jump in homelessness.

“A lot of people have been getting [unemployment payments],” John Loper, associate professor of real estate for the USC Sol Price School of Public Policy, told GlobeSt.com in an earlier interview. “The large number of people we’ve worried about not paying rent have been receiving government funding. I think there’s going to be very few evictions more than normal. The majority of people are getting enough money to pay rent,” whether from government aid or having jobs.

Steve Williams, a partner in the Pennsylvania law firm of Cohen Seglias Pallas Greenhall & Furman, says that eviction cases have proceeded in most parts of his state. “The only thing the CDC order has prevented is the actual disposition of the tenants.” So, it’s not as though all evictions have stopped to create an even larger backlog.

“Most of the larger landlords, at least the ones I’ve been speaking to, have not had a significant problem with tenants not paying rent,” Williams says. “Landlords have generally reached out and tried to work with the tenants.”