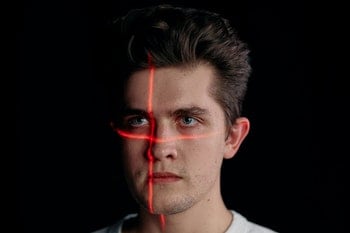 The No Biometric Barriers Housing Act of 2021 would “prohibit biometric recognition technology in public and assisted housing units funded under the Department of Housing and Urban Development (HUD).” Additionally, it would require HUD to submit a report to Congress that researches:

“Facial recognition technology consistently misidentifies women and people of color and only exacerbates the constant surveillance and criminalization that the most marginalized already face,” said Rep. Pressley in a press release. “This much-needed bill will ban the use of facial recognition and other biometric technologies in HUD funded properties and will help protect the civil rights and liberties of tenants throughout our country.”

The No Biometric Barriers Housing Act of 2021 was initially introduced by the lawmakers in July 2019.

This new piece of legislation comes on the heels of bicameral legislation reintroduced last month to stop government use of biometric technology, including facial recognition. That legislation was brought forth by Reps. Pressley, Tlaib, and Clarke, along with Rep. Pramila Jayapal, D-Wash., and in the Senate by Sens. Ed Markey, D-Mass., Jeff Merkley, D-Ore., Bernie Sanders, I-Vt., Elizabeth Warren, D-Mass., and Ron Wyden, D-Ore.

“HUD properties should be focused on providing permanent, safe, and affordable housing to every resident who needs it – not fueling the overcriminalization of marginalized communities. This technology has no place in public housing,” said Rep. Tlaib.

Read more
How Technology Has...
It is often said that necessity is the mother of invention, but just as often, a technology is created...
Read more
COVID-19 Led to Higher...
Student housing operators were adversely affected by the COVID-19 pandemic in 2020, according to a...
Read more
Apartment Amenities Get...
Although government requirements related to the pandemic have lifted, not everyone is ready to return...
Read more
Paycheck Protection...
Federal ruling in Michigan is a big, wide-ranging win for the leading trade association. A federal...
Read more
Housing Affordability...
The surge in single-family construction means there are now more residential homes being developed...
Read more
What Apartment Owners...
Apartment owners must ensure that they are meeting necessary requirements, like venting and cleaning,...
Read more
What’s Driving the...
Rent increases of 20% or more are making life difficult for low-income tenants in many cities, just...
Read more
Oakland is Officially...
San Francisco's two-bedroom rents are trending down significantly. San Francisco's infamous...