Home·Property Management·Home prices rise at record pace for 4th consecutive month, but economists aren’t worried about the housing market — yet

Home prices rise at record pace for 4th consecutive month, but economists aren’t worried about the housing market — yet 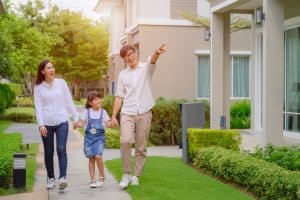 Americans’ home-buying power remains strong, even as home prices hit all-time highs across most of the country.

The numbers: Home prices in virtually every major metropolitan area across the nation have hit a new record high, but economists say that the pace of price growth isn’t inherently a cause for concern.

The latest edition of the S&P CoreLogic Case-Shiller Home Price Index showed that home prices increased 19.7% from a year ago in July, marking the fourth consecutive month of record growth in the more than 30-year history of the index. The separate 20-city index, which measures price appreciation among a group of major metropolitan areas across the country, saw a 19.9% year-over-year gain.

“The last several months have been extraordinary not only in the level of price gains, but in the consistency of gains across the country,” said Craig J. Lazzara, managing director and global head of index investment strategy at S&P DJI, in the report.

What happened: The three cities to see the largest annual gains remained the same — Phoenix (32.4%), San Diego (27.8%) and Seattle (25.5%). Of the 20 cities that the index tracks, 17 saw larger year-over-year increases in home prices in July than they did in June. Chicago is the only city among those to not have notched a new record high price for homes.

The big picture: The fast pace of home-price appreciation the market is now seeing is sure to continue to draw comparisons to the housing bubble back in the early-to-mid 2000s that — when it burst — largely formed the basis for the Great Recession. But analysts warn that the situation is very different right now.

“This market is rooted in much different (and far less dangerous) fundamentals,” Robert Kavcic, senior economist at BMO Capital Markets, wrote in a research note. The last housing bubble was driven by the subprime mortgage boom, but regulations imposed since then mean that lenders must ensure a borrower’s ability to pay back any loan they receive. Instead, this time home prices are rising because of the short supply of homes for sale across the country, which is increasing competition for properties amid high levels of demand.

A report from title insurance company First American Financial Corp. FAF, -1.14% found that when home prices are taken into consideration with other factors, home-buying power remains strong — at least compared to the 2006 bubble.

“In July, housing affordability continued its decline as year-over-year nominal house price appreciation reached a record 20%, vastly outpacing the increase in house-buying power compared with a year ago,” Mark Fleming, chief economist at First American, said in the report. Nominal home prices are around 35% higher than the previous peak from 2006, Fleming said, but when adjusted for factors such as income and mortgage rates prices are around 38% lower than they were around 15 years ago.

“The severe supply-demand imbalance in the housing market continues to fuel record-breaking house price appreciation across the country, yet lower mortgage rates and higher incomes mean homes are more affordable today than at their prior peaks in every market we track,” Fleming said.

“For many buyers, autumn is already providing better buying opportunities, with fewer competing bids, the return of contingencies and more listings with price reductions,” said George Ratiu, manager of economic research at Realtor.com.