Home·Property Management·Latest News·COVID-19·Hawaii Landlords Can Now Evict Their Tenants. But Not Many Cases Are Being Filed — Yet

Hawaii Landlords Can Now Evict Their Tenants. But Not Many Cases Are Being Filed — Yet 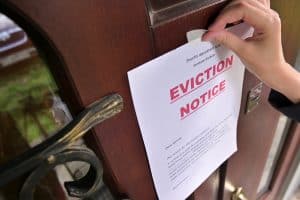 The Zoom court hearing started 10 minutes late, but once it got underway Judge Darolyn Lendio set a brisk pace.

“We have a pretty unusual day today given the fact that the governor lifted the moratorium on Friday,” she told dozens of attendees on Aug. 13. “We have quite a number of cases.”

Attorneys sat at attention, squares of white office walls and black leather couches. Tenants called in, mostly faceless voices on the Zoom conference line. Some landlords went to court in person, hoping to present their cases even though Lendio said she wouldn’t take any evidence.

Hawaii’s pandemic is worse than ever, with hospitals operating over capacity and rationing oxygen amid skyrocketing Covid-19 cases. The public health emergency has forced many court hearings to remain on Zoom.

However, unlike last year’s Covid surge, evictions for nonpayment of rent are underway. They were on pause for more than a year due to Gov. David Ige’s pandemic moratorium aimed at protecting public health by keeping people housed, but that safety net has dissolved.

The measure helped prevent skyrocketing homelessness in the months after the pandemic began early last year, as lockdowns effectively shut down tourism and event industries and sent the state’s unemployment soaring. But the moratorium has been a bane for landlords who are anxious to get back rent or replace their existing tenants with others who can pay.

As of Sept. 3, just 44 rent-only summary possession cases — evictions related solely to the nonpayment of rent — were filed statewide since Ige let the moratorium expire Aug. 6.

Part of the reason for the slow pace is that for most of that time, a federal moratorium protected many low-income renters. The U.S. Supreme Court struck that down on Aug. 26. A day later, top Biden administration officials asked governors and mayors to impose or extend local eviction moratoriums.

Jodi Leong, a spokeswoman for Ige, said he doesn’t have any plans to do that, citing the presence of Covid-19 vaccines and state-funded mediation for landlords and tenants. So far, New York is the only state to do so.

Reviving the moratorium would be frustrating to many Hawaii landlords who have eagerly awaited its end. Many are owed thousands in back rent; David Chee, an attorney for landlords, said he recently filed a series of eviction cases on behalf of his clients for $20,000 to $30,000 each.

In the meantime, the pace of evictions is expected to pick up and more renters may fall behind on rent.

Ige asked tourists to stop coming to Hawaii, and the state epidemiologist Sarah Kemble told residents last week that she recommends against dining inside restaurants.

“We are anticipating increased business because of the latest iteration of all this craziness,” he said.

Many of the cases that the court dealt with at the Aug. 13 hearing were leftover cases that had been filed due to missed rent prior to the pandemic but then got stuck in limbo once the eviction moratorium went into effect in April 2020.

Part of the reason relatively few new evictions have been filed is a new law that gives tenants more time to respond to eviction notices and the right to a mediation session with their landlord. The law also limits initial eviction filings to tenants who owe at least four months of back rent, staggering filings.

The state set aside money to fund mediation sessions in the hope that they’d help landlords and tenants come to agreements and avoid overwhelming the court system.

Phil Garboden, assistant professor of affordable housing at the University of Hawaii, said that the slow start to court cases makes sense given the mediation system that was set up.

But census surveys indicate thousands of Hawaii renters are behind on rent, and Garboden thinks many more tenants may be leaving their homes without waiting to be served with formal notices.

Tracey Wiltgen, who leads the Mediation Center of the Pacific, said in August, her staff received mediation requests from landlords representing more than 370 eviction cases.

The organization conducted 79 mediations, with 73 resulting in written agreements allowing the tenant to remain housed, Wiltgen said. Nine more were settled without mediation because the tenant received money to pay the landlord back.

Some 160 mediation sessions have been scheduled but not yet completed, Wiltgen said. In about a third of cases, the tenant didn’t reply to mediation requests or declined to participate.

Wiltgen said that she expects the volume of mediation requests to grow over the next several months.

Sheree Tarver’s case is one of the 160 mediation sessions yet to be held.

After spending 20 years working in medical billing as a senior medical coding specialist, the 45-year-old Honolulu resident lost her job in 2018. She got another one, and a few months later lost that one too.

By the time March 2020 rolled around, she was four months behind on rent, according to a court filing. Ige’s April 2020 eviction moratorium was a lifeboat for Tarver, as unemployment rates skyrocketed and finding a job became ever-more elusive.

Part of the problem is that Tarver, a single mom, wants to telecommute in order to continue homeschooling her 11-year-old daughter. She was confident she could find something after working remotely for many years; but now, she’s no longer certain. It feels like an impossible choice to her.

“It’s a choice between making sure she’s safe and educated and going to make money to make sure she’s not starving and homeless,” Tarver said of her daughter.

The Brookings Institute found the looming eviction crisis will hit Black families like hers the hardest.

Federal and state spending has helped limit the extent of the crisis. As of Wednesday, the City & County of Honolulu had distributed $66 million in rent and utility relief funds to help 7,620 households catch up on rent.

Tarver says she applied for rental assistance from the city two months ago after reading about the program in the news. “OK, this is maybe a possible way out,” she thought as she read about the program. She’s still waiting to hear back about whether she’s approved.

She’s looking forward to her mediation session with her landlord, Catholic Charities, later this month.

Catholic Charities Hawaii CEO and president Rob Van Tassell said in a statement that the organization has been working with all of their renters to keep them housed during the pandemic but said that Tarver stopped paying rent prior to the pandemic and did not follow the guidelines required to stay at their housing facility.

Catholic Charities spokesman Scott Ishikawa declined to elaborate on what guidelines Tassell was referring to. Even with the moratorium, evictions have proceeded over the past year against renters who have violated other rules of tenancy, because the moratorium only protected people who didn’t pay rent. Tarver’s court case is related to nonpayment of rent.

Tarver denied violating any rules and wants other renters to know they should keep fighting.

“Don’t leave without making sure everything is taken care of,” she said. “See things through, because if you leave something open it’s just going to follow you.”

Dan O’Meara, a managing attorney at the Legal Aid Society of Hawaii, wishes more renters would participate in their eviction hearings instead of ghosting.

He thinks that putting hearings online has made it easier for tenants to join — he’s noticing more renters showing up on Zoom, which means fewer automatic defaults.

“People aren’t getting evicted as easily or as quickly unless they just don’t show up,” he said. “All you have to do is participate and you’re going to be able to try to work something out which can give you another month or two.”

Pressure to Bring Back Moratorium

More than three dozen organizations — including the American Civil Liberties Union, Aloha United Way, Family Promise of Hawaii and the Hawaii State Coalition Against Domestic Violence — wrote a letter on Aug. 27 to Ige urging him to reinstate the eviction moratorium until at least Oct. 3.

That letter went out the same day that Biden officials wrote to state governors.

“No one should be evicted before they have the chance to apply for rental assistance, and no eviction should move forward until that application has been processed,” wrote U.S. Attorney General Merrick Garland, Treasury Secretary Janet Yellen and Housing and Urban Development Secretary Marcia Fudge.

Garboden from the University of Hawaii said the moratorium could help reduce overcrowding that not only spreads Covid but is associated with worse child development and educational outcomes.

“If there was ever a time to have an eviction moratorium, now would be the time,” he said.

On Friday, a group of renters and advocates, including the Honolulu Tenants Union and AF3IRM Hawai’i, posted an eviction notice on the gate of Ige’s publicly funded estate, urging the moratorium’s revival.

Chee, the landlords’ attorney, said resurrecting the moratorium would only make sense if it comes with enough funding to compensate all the landlords who would lose money. Right now, the state has money for rent relief but Chee says income limits, document requirements and changing policies make it hard for many renters and landlords to access it.

“If you want the landlords of the world to provide housing for the tenants because of a public health problem, then the public should be paying the landlords and that’s simply not happening, at least not to the degree necessary,” he said.

Securing that money would be a political challenge.

Tarver supports extending the moratorium too, but personally, what she really just wants is a job, and help with back rent. She wants to pay up and make sure there’s no permanent mark on her record. Even if the moratorium were back in place, she doesn’t want to stay — once she gets a job, she wants to move to a different place where she can start fresh and leave what she describes as a “nightmare” behind.

“If you would’ve asked me 10 years ago if I would’ve ever seen myself in this situation I would’ve said, no way,” she said. “I worked my whole life ever since I was eight years old.”