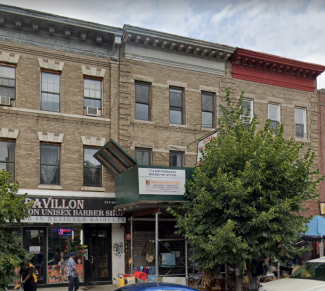 A Brooklyn landlord was sentenced to jail three years after a fire at his building resulted in the death of an elderly tenant.

A judge sentenced Flatbush landlord Evener Leon, 62, to six months in jail and five years of probation stemming from the 2019 fire, The City reported. Leon was convicted of criminally negligent homicide in May, though he was acquitted on manslaughter charges, according to Brooklyn Paper.

The fire started during the early morning hours of Dec. 2, 2019 at 1776 Nostrand Avenue. The blaze sparked in the insulation of a cord tied to a space heater on the second floor before spreading to the third floor, which housed four illegal apartments, prosecutors alleged.

The fire eventually spread to the stairwell, blocking 70-year-old Jean Yves Lalanne from reaching a fire escape due to the illegal layout, according to prosecutors. Lalanne ultimately jumped from the third floor to his death.

Tenants on the third floor filed complaints with HPD in the weeks leading up to the fire, over lack of heat, hot water, gas and electricity in the building. Prosecutors said Leon skipped gas and heat bills in recent years and instead provided tenants with space heaters and hot plates.

Prosecutors were seeking more jail time, calling for up to four years because of Leon’s lack of accountability and pattern of neglect, which they argued included skipping gas and heat payments and giving tenants hot plates and space heaters instead. Leon’s defense attorney pushed for a non-jail sentence.

The judge split the difference, expressing the need for jail time while acknowledging his age and lack of criminal history.

Lawmakers have pushed for the regulation of space heaters, as one was to blame for the January fire that killed 17 residents of the Twin Parks apartment building in the West Bronx, the city’s deadliest fire in three decades.

In May, city lawmakers passed bills requiring space heaters to be equipped with thermostats and automatic shut-off features. The legislature has not yet advanced similar bills at the state level to Gov. Kathy Hochul.