Prices still rising, but less than before. 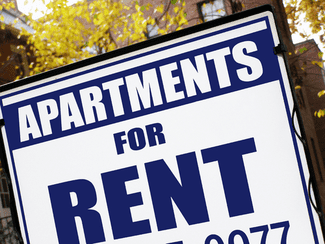 A recent report by rental platform Apartment List showed that in June, monthly rent growth for a median apartment — 1.3 percent — was the same as in May, marking the first time this year that it did not increase from one month to the next.

Data from Zumper, another rental platform, supported those findings. A Wednesday report found median rent for a one-bedroom in June had risen just 0.5 percent over last month, “a much more reasonable growth rate than the 1 to 2 percentage point increases that became the norm during the height of the pandemic.”

Year-to-date, rents have also risen less than in the same period last year. In the first six months of 2022, apartment prices jumped 5.4 percent compared with 8.8 percent in the first half of 2021, Apartment List found.

And the clip of year-over-year increases has trended down. Though rents in June clocked in at 14 percent above last year’s levels, the rate of increase has declined since January when rents were up nearly 18 percent compared with the same month in 2021.

A May report from Realtor.com corroborated that data, noting that “year-over-year rent growth has decreased every month in 2022.”

But slower growth does not signal that rents are set to decline. As of June, prices are still breaking records.

Apartment List, which aggregates prices on signed leases in 500 cities, found the median rent had hit $1,169. Zumper’s analysis of listed prices in about 400 cities came up with $1,422 that same month.

For the pace of price gains to slip further, the housing market will need to come down, too.

As it stands, Apartment List suggests that rapidly rising mortgage rates are sidelining some would-be buyers, causing them to remain renters.

The firm highlights that the national vacancy rate for rentals flatlined at 5 percent in June after seven consecutive months of increases, a sign that availability is tightening.

On a national basis, housing prices have yet to dip. The most recent S&P CoreLogic Case-Shiller Index report found home prices in April notched a 20.4 percent annual gain.

Still, for exasperated renters and homebuyers, a small silver lining could be found in the pace of that growth: It was a bit slower than March’s 20.6 percent.

If that proves to be a trend, a cooling housing market would eventually pull down rents.

More recent data shows demand for mortgages hit a 22-year low in early June. As of May, home sales had slid for four consecutive months.

May data from Realtor.com showed in select markets — Los Angeles and Chicago included — home prices have already slumped. If those declines become a national trend, some renters may choose to ditch their apartments for more affordably priced homes.

Fewer tenants would free up rental inventory and pull down rents, a trend that Zumper says may already be taking shape.

The firm found that in June, the national rent on a typical two-bedroom had fallen 2.9 percent month-over-month, the first decrease in at least a year. The firm suggested that could mean families are exiting larger rentals for purchased homes.

If housing prices slide further, even more rentals could hit the market as some homeowners choose to rent out their homes rather than sell them, according to Nicklin Property Management.

That trend would introduce more rental inventory to the market, putting downward pressure on rents.