Home·Property Management·Finding An Apartment Is Hard. Finding Workers For Those Apartments Is Much Harder

Finding An Apartment Is Hard. Finding Workers For Those Apartments Is Much Harder

Any renter searching for an apartment, or retiree trying to choose a senior living home, can attest to the remarkable amount of demand in the market for managed residences, and to the cost increases that come with that demand. But out of sight of users like these is a staffing shortage that eats into profit margins and leaves residents without services they might expect. 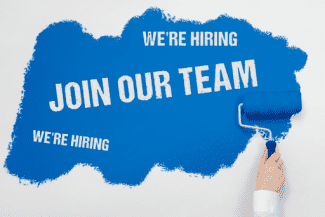 The shortage of workers, especially maintenance staff, has become the No. 1 issue discussed by owners and operators, according to National Apartment Association Chairman and President Don Bruner, who’s also CEO of BRG Apartments.

It’s an “everyday conversation” for the industry, he said, and at the organization’s June conference, there were extensive discussions of ways to train, recruit and hire staff. The lack of workers to fix broken pipes, repair and flip vacated apartments and perform routine upkeep is just one of the many drags that a nationwide labor shortage has placed on commercial real estate.

A survey of 600 property management companies taken in August by Zego, a proptech firm providing software solutions for the industry, found participants had experienced a 50% staff turnover in the last year, exacerbating tenant turnover, a significant cost. The research suggested each turnover cost an owner $4K, said Stephen Baker, the company’s president and general manager.

It’s not just multifamily. Hotels and senior living are also struggling with similar labor challenges, which all mean less satisfied tenants and guests, an inability to meet rising demand, and increased costs for retention and attraction of staff in an extremely challenging labor market.

There aren’t great data sources for the total number of people employed in on-site and property management roles, but Bruner says the rough industry average of about one maintenance worker and office staffer for every 100 tenants suggests a sizable workforce, but one that’s shrunk from burnout, early retirements and resignations looking for better opportunities. The average age of property managers is 47, and maintenance supervisors earn an average of roughly $49K annually.

Labor was a challenge in CRE before the pandemic. Positions like leasing agents, which offered low wages and high turnover, have long been difficult to staff. But the combination of burnout from working often front-line roles during the pandemic, skyrocketing labor costs and new job opportunities with more competitive salaries in other industries, plus a perception of behind-the-times technology, makes property management hiring especially challenging today.

It’s especially difficult for those left behind, Grace Hill CEO Kendall Pretzer said. Workers operating an understaffed building face not only a heavier workload, but in many cases increased expectations. Younger tenants especially have higher expectations of service due to a lifetime of app-enabled consumerism, while tenants paying significantly more for the same apartment than they did years or even months ago expect to get their money’s worth. Owners have tried to stem the tide with increased wages and retention incentives, but Bruner said it is not making a dent.

“It’s just a really difficult point right now,” Yaussi said. “Folks are coming in with higher salaries, some of which is being driven by adjustment to minimum wage, and owners and operators are struggling. It’s just getting more and more expensive to recruit.”

Higher revenues due to skyrocketing rents aren’t making it any easier (especially since, in part, that’s due to high levels of occupancy, requiring more assistance and maintenance). Pretzer said that some owners have taken the position that being short-staffed right now is tolerable, since residents are understanding of the labor issue and “revenues are high, rents are high, occupancies are high, so it’s OK if a few customers are mad.”

But at the same time, Grace Hill research has found that problem resolution figures for tenants have decreased, and increased revenues are met with increased costs due to the rising price of supplies, utilities, insurance and labor, the latter two rising at 10% annually. The National Apartment Association suggests owners see 9 cents of profit for every dollar of rent.

The senior living sector, which has also confronted longstanding staffing issues, faces additional challenges due to the 24/7 nature of care and the medical issues presented by the pandemic, ​​according to National Investment Center for Seniors Housing and Care Chief Operating Officer Chuck Harry.

Turnover within the industry hit 80%, which in addition to cost, breaks up the rapport long-term residents have with caregivers. A recent NIC survey found that more than 22% of operators have limited admissions due to staff shortages since they “don’t have enough hands on deck,” significantly limiting potential income and contributing to the shortage of needed housing for seniors.

LeadingAge, which represents nonprofit aging services providers, found in a June snap poll of members that the pipeline for workers has not improved, 60% of members reported continual workplace difficulties and nearly every nursing staff counts on agency workers to fill shifts. Better pay and burnout are the top reasons workers have left the field.

In many ways, tech liberated workers in the property management sector, allowing for less time sitting at desks or overseeing tenant packages, easier scheduling and improved efficiency and more consistent communication. It can even help the bottom line. In its second-quarter results, Equity Residential, a REIT controlling more than 300 properties, saw increasing utilities and maintenance costs, but a nearly 4% drop in cost overall due to technological utilization.

But many crucial roles, including medical staff at senior living facilities and building maintenance professionals and technical staff across the sector, can’t easily be replaced or enabled with apps. And many surveys of property managers find dissatisfaction with the tech being rolled out across many portfolios, big and small.

“On-site managers don’t have the ability to make some of these shifts by themselves,” Pretzer said. “Many of the big technology shifts for larger corporations are done at the corporate level, or via small tests. Managers are basically stuck trying to empty a boat with a thimble.”

The pandemic became a catalyst for communication and deploying new tech with tenants for socially distanced use of facilities and remote communications with dozens of units at the same time.

“While the purse strings aren’t loose by any means,“[owners and operators] have a lot of cash coming in that they can invest,” said Lucas Haldeman, whose firm, SmartRent, offers automation services for apartment owners and has seen revenue double year-over-year.

Automation and centralization are becoming more of a necessity and expectation, especially for high-end rental units. Building offices have less regular schedules, fewer people are sitting at desks and there are more instances of podding, or having floating workers bounce between different buildings.

Zego’s Baker compared the industrywide evolution to the shift in airline travel.

“Years ago, everything was done at the counter,” he said. Now, it’s all by phone, and if you need to call someone, it’s a total pain.”

Haldeman said that these changes, over the long term, will create more professionalized property management teams. Fewer leasing agents, due to increased efficiencies and rising labor costs, mean a staff member will handle more properties, make more money and potentially see more of a career path in the position. Assistant property managers are becoming more like accountants, and he sees a six-figure future for those in the industry, he said.

The long-term solution is somewhat elusive, as training for many in-demand roles can’t necessarily scale rapidly, and nobody forecasts quick solutions to now-persistent labor market challenges. Training, especially for maintenance staff, requires extensive investment and longer time horizons. Tech solutions, seen as a way to increase efficiency and make do with a smaller labor pool, are helpful, but can also add strain.

“I think technology is definitely proving to be a coping mechanism,” Yaussi said. “I think a lot of the operators thought that this was going to be temporary. And it’s really been more of a permanent shift, because it’s really difficult to see when this labor shortage gets better. There’s only so much money you can kind of throw at it amid all the other rising costs.”