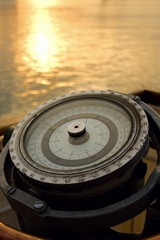 The reverse mortgage, which has proven very popular with the retirement-age crowd, has come under assault from two diverse groups: the government and scam artists.

Now I’m not going to argue with anyone who tries to say the government and scam artists are two sides of the same coin. That seems a bit mean.

After all, the government attempts (or is supposed to attempt) to do what’s best for the consumer and the country, although sometimes the net effect of legislation appears to be as wounding to some people as theft through fraudulent practices.

In regard to reverse mortgages, the government is, indeed, trying to protect their availability through conservative fiscal practices. Unfortunately, it could end up neutering them instead.

A reverse mortgage, which is available only to those 62 and older, allows homeowners to use the equity that has built up in a residence. In effect, the homeowner gets a loan in the form of a lump sum or multiple payments. Repayment, with interest, is deferred until the owner dies, or goes into aged care, and the home is sold. Or, in a worst-case scenario, if the homeowner fails to pay property taxes or homeowners insurance.

After being introduced with the new decade, reverse mortgages didn’t really gain any traction in the marketplace until 2005, when just under 50,000 were written. Growth came quickly since then, with totals surpassing 100,000 in 2007. The Wall Street Journal predicts the total number of federally insured reverse mortgages could run as high as 150,000 this year.

Here’s the problem: About 99 percent of reverse mortgages are FHA-insured. In scrutinizing the reverse mortgage loan outlook for fiscal year 2010 (which began Oct. 1, 2009), the Federal Housing Administration and Office of Management and Budget felt the reverse mortgage market — which had previously always paid its own way — would run about 130,000 loans (a more conservative estimate).

And the expectation was that over the life of those loans there would be losses in the range of $800 million.

That, of course, would mean an additional subsidy to cover the expected loss or, in the thinking of the Congress, to adjust the program so that it doesn’t require any further dollars.

Two questions arise: Is an additional subsidy necessary? And what would it mean to the efficacy of the reverse mortgage?

“The FHA and OMB did some calculations on what they believe the volume of originations will be in the next fiscal year and what they expect the behavior of the loans to be — most importantly, what will happen to housing prices,” explains Jeff Lewis, chairman of Atlanta-based Generation Mortgage Co., the largest independent reverse mortgage originator in the country.

“Presumably, if housing prices are weak next year, that means loans got originated at too high a loan-to-value (ratio) and it would make the loans less creditworthy. We don’t know what they used as far as their assumptions, but it would appear their estimates are very draconian about housing prices.”

To make the loans more creditworthy, the U.S. House and Senate are considering reducing the amount of loan value that can be pulled from a reverse mortgage by 5 percent to 10 percent.

That could be a problem.

“If you have a $400,000 house, by today’s factor the consumer could get a $250,000 loan,” explains Lewis. “If Congress reduces that by 10 percent, or to $225,000, that makes the product inherently more creditworthy, but less attractive from the borrower’s perspective, as most of our borrowers are driven by a need for proceeds.”

According to calculations from the National Reverse Mortgage Lenders Association, the Washington, D.C.-based trade group for the industry, a 10 percent reduction would mean that 21 percent of 130,000 households, or 27,000 households, would be forced to give up their homes as a result of that cut.

“I don’t think anyone wants to be responsible for telling 27,000 seniors that they have to leave their homes,” says Peter Bell, president of NRMLA. “That’s a powerful argument politically.”

Bell proposes an alternative: to increase the income the program generates by raising the mortgage insurance premium (MIP). One of the criticisms of reverse mortgages is the large, upfront MIP. NRMLA’s recommendation is to lower the upfront, but raise the ongoing payments by borrowers.

Currently, the borrower pays 2 percent of the home value upfront and then another 1/2 percent per year on the actual balance being drawn down. The NRMLA would prefer to reduce the upfront from 2 percent to 1 percent but increase the ongoing to a full 1 percent.

The other problem facing reverse mortgages is a reported increase in scams. Although the occurrence of scams are still relatively small in number, they seem to be coming from two sources: third parties, such as a title agent involved in the process, but more often than not the relatives of the seniors who participate in a reverse mortgage.

“We just do the loan and the third parties taking advantage of the borrowers are usually financial advisers or someone selling a financial product whom we are not affiliated (with) and don’t know,” says Lewis.

“The largest source of scams and thefts with people who have gotten a reverse mortgage are family members who steal from the grandparent or parent,” says Bell. “More often than not, the theft is tied to substance abuse by the child or grandchild.”

It seems, once the senior gets the dollars from a reverse mortgage a whole new set of problems arise. The new predator is someone whom you know very well.

Steve Bergsman is a freelance writer in Arizona and author of several books, including “After the Fall: Opportunities and Strategies for Real Estate Investing in the Coming Decade.” Copyright 2009 Inman News