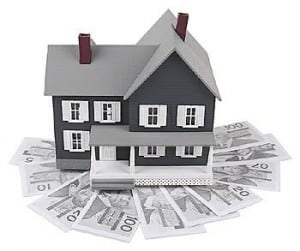 The delinquency rate for mortgage loans on one-to-four-unit residential properties decreased to a seasonally adjusted rate of 8.22 percent of all loans outstanding as of the end of the fourth quarter of 2010, a decrease of 91 basis points from the third quarter of 2010, and a decrease of 125 basis points from one year ago, according to the Mortgage Bankers Association’s (MBA) National Delinquency Survey. The non-seasonally adjusted delinquency rate decreased 46 basis points to 8.93 percent this quarter from 9.39 percent last quarter.

The combined percentage of loans in foreclosure or at least one payment past due was 13.56 percent on a non-seasonally adjusted basis, a 22 basis point decline from 13.78 percent last quarter.

Jay Brinkmann, MBA’s chief economist said “These latest delinquency numbers represent significant, across the board decreases in mortgage delinquency rates in the US. Total delinquencies, which exclude loans in the process of foreclosure, are now at their lowest level since the end of 2008. Mortgages only one payment past due are now at the lowest level since the end of 2007, the very beginning of the recession. Perhaps most importantly, loans three payments (90 days) or more past due have fallen from an all-time high delinquency rate of 5.02 percent at the end of the first quarter of 2010 to 3.63 percent at the end of the fourth quarter of 2010, a drop of 139 basis points or almost 28% over the course of the year. Every state but two saw a drop in the 90-plus day delinquency rate and the two increases were negligible.”

“While delinquency and foreclosure rates are still well above historical norms, we have clearly turned the corner. Despite continued high levels of unemployment, the economy did add over 1.2 million private sector jobs during 2010 and, after remaining stubbornly high during the first half of 2010, first time claims for unemployment insurance fell during the second half of the year. Absent a significant economic reversal, the delinquency picture should continue to improve during 2011, Brinkmann said.

“The share of loans in foreclosure in California and Florida combined was 36.0 percent, a decrease from 37.3 percent in the third quarter, and 39.3 percent a year ago. Over 24 percent of the loans in Florida are one payment or more past due or in the process of foreclosure, the highest rate in the nation, followed by Nevada at over 22 percent, compared to an average of 13.6 percent for the nation. Only eleven states saw an increase in their foreclosure start rate with Maryland seeing the largest increase.”