Home·Property Management·Financing·Parents Call the Shots, Want the Deposit Back

Parents Call the Shots, Want the Deposit Back

Q: I’m renting an  apartment to two college kids. I’ve got their parents on the lease as  guarantors. When I collected the security deposit, it came as 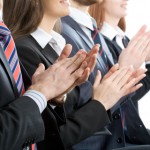 two checks, in  equal amounts, from each set of parents.

Does the fact that the parents have  paid the deposit mean that I have to include them in the move-out inspections?

Does it give them the right to contest my use of the deposit money, including  any deductions I might make at the end of the tenancy?

Can they take me to  small claims court, instead of or with their kids as plaintiffs? I’m worried  because one of these parents is a lawyer. –Henry H.
A: Even if all four parents were lawyers, I doubt that they’d  succeed if they tried to assert the tenant rights that you mention.

By furnishing the security deposit (or even paying the rent, for that matter), these  parents have indirectly given their children a gift, or at most a loan. Unless  you agree that these gift-givers or lenders can have a seat at the  landlord-tenant table, the parents are out of the picture, legally speaking.

There are lots of situations where parents (or others) pay  the bills but don’t enjoy the rights that traditionally come with their  purchase. For example, many parents pay college tuition, but this does not  entitle them to view their children’s academic or other records, nor does it  entitle them to attend class! Parents often pay insurance premiums for their  kids, which insurance companies are happy to receive. But parents don’t have  the right to start using the pediatrician as their primary care physician; they’ll  need to purchase or rely on their own health insurance for their own medical  needs.

In the world of commercial leasing, however, the rules are  somewhat different. There, the “parents” (to the landlords, in this  case) are often banks that have lent landlords the money to buy a building. The  bankers want to make sure that the landlord doesn’t do anything that might  jeopardize his ability to repay the loan. To protect their investment, the  banks insist on being part of every leasing transaction. The banks often review  the leases and take other steps to make sure things work out as planned.

It’s conceivable that your tenants’ parents could insist on  a similar arrangement, getting you to agree in a lease provision, for example,  that they will be notified of any inspections and any deductions you intend to  make from the deposit. But that’s about as far as they could go.

Even if you  wanted to, you probably cannot give them the right to take you to court on  behalf of their children because the right to sue — called “standing,”  in legalese — is something the legislature, not a private party, confers.  Because the parents are not technically your tenants, they also don’t have the  legal rights granted to tenants by state law, including the right to sue a  landlord. Your answer to the parent who expects that his check-writing will  entitle him to assert his child’s tenant rights should be a polite, “I don’t  think so.”

One would hope that instead of trying to figure out how to  intervene in future disputes with their children’s landlord, parents might  consider spending that time educating their kids in the rights — and  responsibilities — of being a tenant. If the student-tenant doesn’t get the  picture, and loses some of that deposit to well-founded deductions, he can  think of this as yet another college class — Hard Knocks 101.

Janet Portman is an attorney and managing  editor at Nolo. She specializes in landlord/tenant law and is co-author of  “Every Landlord’s Legal Guide” and “Every Tenant’s Legal  Guide.” She can be reached at [email protected].
Copyright 2009 Janet Portman
See Janet Portmans feature, Can Landlord Charge Pet Rent?

Read more
What is “Hard...
In the traditional sense, hard money lending means a lender with a short-term loan to an investor or...
Read more
What Is Like-Kind Real...
Definition & Examples of Like-Kind Real Estate Like-kind real estate is a piece of property or...
Read more
How to Include Real...
Real estate is an alternative asset worth investing in, and these expert tips will make sure that...
Read more
New lending rule...
Reduced closing costs for investment property buyers Are you buying a multifamily property to rent...
Read more
7 Steps to Improve Your...
A strong credit score provides a lot of advantage. Whether you're just starting out or recovering...
Read more
How to Refinance Your...
If you don’t have enough money to buy a new property then financing is a great solution. Financing...
Read more
Lenders are courting...
Overall mortgage credit availability increased 1.5% in September, but it is far from pre-pandemic...
Read more
Home-flipping profits...
Home flipping has never been easy, no matter how much fun TV shows like “Flip or Flop” make it out...