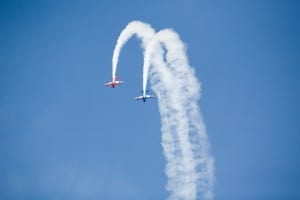 Freddie Mac released the results of its latest Primary Mortgage Market Survey® (PMMS®), showing average fixed mortgage rates moving lower after being largely unchanged over the past month, while continuing to help drive the housing recovery leading up to the spring home buying season.

5-year Treasury-indexed hybrid adjustable-rate mortgage (ARM) averaged 2.61 percent this week with an average 0.6 point, down from last week when it averaged 2.64 percent. A year ago, the 5-year ARM averaged 2.83 percent.

1-year Treasury-indexed ARM averaged 2.64 percent this week with an average 0.4 point, down from last week when it averaged 2.65 percent. At this time last year, the 1-year ARM averaged 2.72 percent.

According to Frank Nothaft, vice president and chief economist, Freddie Mac, mortgage rates eased somewhat as the consumer price index in February held steady for the second month in a row. House price indicators, however, showed gains in 2012. The S&P/ Case-Shiller® national home price index rose 7.3 percent last year, reflecting the largest four-quarter growth since the third quarter of 2006. This, in part, was a driving force that pushed up the number of existing and new home sales in February to the highest levels since July 2007 and July 2008, respectively.

Freddie Mac was established by Congress in 1970 to provide liquidity, stability and affordability to the nation’s residential mortgage markets. Freddie Mac supports communities across the nation by providing mortgage capital to lenders. Today Freddie Mac is making home possible for one in four homebuyers and is one of the largest sources of financing for multifamily housing.