Many Borrowers Paying Premium to Refinance 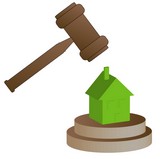 It is unusual to have a refinance boom in the middle of a foreclosure crisis.

In the 1930s, which was the last time we had a foreclosure crisis comparable in magnitude to this one, lenders were so spooked by the foreclosures that there was almost no refinancing.

That changed only after the creation of the Home Owners Loan Corporation (HOLC) in 1933, which refinanced many borrowers at the government’s risk.

The refinance boom today is also fueled by government. With few exceptions, refinanced loans are either being sold to Fannie Mae or Freddie Mac, or insured by FHA. The requirements of those agencies largely dictate who can and cannot profit from a refinance.

Borrowers with fixed-rate mortgages (FRMs) usually know what they have, but borrowers with adjustable-rate mortgages (ARMs) often don’t. I have received letters from borrowers in a state of high anxiety because their ARM faced a rate reset and they felt they had to refinance before that happened. In some such cases, a close look revealed that their rate was probably going to drop sharply, making it unnecessary to refinance quickly — if ever.

Borrowers in the best position to refinance profitably have loan balances of $417,000 or less secured by a single-family house in which they reside, have a credit score of 800 or more, and have equity in their property of 20 percent or more. The interest-rate premiums associated with deviations from this standard are larger today than I have ever seen them. Note: The premiums reported below are those being quoted by large wholesale lenders on 30-year FRMs, and are reflected in the retail rates quoted by mortgage brokers and many if not most lenders. They may not apply to smaller credit unions or community banks.

Loan Size: Borrowers with loan balances above $417,000 up to $625,500, who live in higher-cost areas where Fannie and Freddie are authorized to buy loans up to $625,500, will pay a rate premium of about 1 percent. These are “conforming jumbo,” meaning that they can be purchased by the agencies but are priced higher than non-jumbos.

Type of Property: On loans secured by condominiums, figure on paying a rate premium of 0.75 percent, and on 2- to 4-family homes the premium can be twice that large.

Loan Purpose: If a loan is secured by an investment property, figure on paying a rate premium of about 1.375 percent. Those refinancing who borrow more than their loan balance will pay a premium of about 0.25 percent. However, they can finance settlement costs without it being considered “cash-out.”

Equity: If a borrower has equity of less than 20 percent — meaning that the loan balance exceeds 80 percent of current property value — he will pay a mortgage insurance premium. This can make refinance a loser for borrowers whose recently purchased homes have declined in value. For example, if Jones borrowed $160,000 to purchase a home for $200,000 in 2005, still owes $158,000 and the house is now worth only $180,000, a refinance will require mortgage insurance where the original loan did not. If the house is worth only $150,000, the loan can’t be refinanced at any price.

Approval: On loans that will be sold to Fannie and Freddie, increased risk premiums have been accompanied by tougher approval standards. In particular, documentation of income, which had grown lax and sloppy during the go-go years, is now rigorously enforced. Approval is also dependent on a satisfactory combination of all the risk factors discussed above. For example, a FICO of 650 might be approvable if all other factors are favorable, but a 650 score on an investment property with only 5 percent equity will be rejected.

Loans that won’t be approved by the agencies might past muster with FHA, whose requirements are more liberal, but FHA loans carry higher rates and insurance premiums. I will have an article on who should take an FHA in the near future.

The writer is professor of finance emeritus at the Wharton School of the University of Pennsylvania. Comments and questions can be left at www.mtgprofessor.com. What’s your opinion? Leave your comments below or send a letter to the editor. To contact the writer, click the byline at the top of the story.
Copyright 2009 Jack Guttentag

See Jack Guttentag’s feature, Mortgage Shopping is All About Technique.

Read more
Vacant Zombie...
Zombie Foreclosures Up 3 Percent from First to Second Quarter of 2022 as Foreclosure Activity...
Read more
5 reasons why rents are...
Inflation, demographic shifts and supply shortages have created a perfect storm of rent growth Over...
Read more
Cryptocurrencies As the...
Convenience, extended marketplace, and increased security are but a few reasons cryptocurrency real...
Read more
Foreclosures are on the...
In January there was a seven-fold increase in foreclosure starts, new data shows. In January there...
Read more
Buying a Foreclosed...
Understand what the problems are before you buy. Buying a house in foreclosure is often touted as a...
Read more
Top 6 Mortgage Mistakes
And how to avoid them. During the Great Recession, the U.S. economy took a major hit because of...
Read more
How To Make Money In...
Those under the age of about 36 or 37 probably haven’t worked in real estate at a time when...
Read more
Five Rules to Buying...
After 100 deals, I have “5 Rules” to buying rental property.  You are not going to like them,...