Print Friendly
Freddie Mac just released the results of its Primary Mortgage Market Survey® (PMMS®) in which the 30-year fixed-rate mortgage (FRM) averaged 4.71 percent with an average 0.7 point for the week ending December 3, 2009, down from last week when it averaged 4.78 percent.
Last year at this time, the 30-year FRM averaged 5.53 percent.

The 30-year has never been this low since Freddie Mac began its weekly survey in 1971. 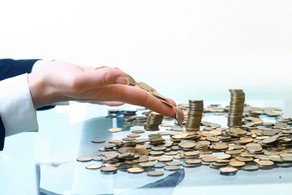 The 5-year Treasury-indexed hybrid adjustable-rate mortgage (ARM) averaged 4.19 percent this week, with an average 0.6 point, up slightly from last week when it averaged 4.18 percent. A year ago, the 5-year ARM averaged 5.77 percent.

(Average commitment rates should be reported along with average fees and points to reflect the total cost of obtaining the mortgage.)

“Interest rates for 30-year and 15-year fixed-rate mortgages fell for the fifth consecutive week to an all-time record low while the average rate on 5-year ARMs hovered near its record set in the previous week,” said Frank Nothaft, Freddie Mac vice president and chief economist. “In addition, interest rates on 30-year and 15-year fixed mortgages thus far in 2009 averaged one percentage point below their respective average in 2008.

“Low mortgage rates and the cumulative decline in house prices have contributed to an extremely affordable housing market and helped spur home sales this year. For instance, total new and existing home sales in October were 36 percent higher than their January low on a seasonally adjusted, annualized rate, according to the U.S. Census Bureau and the National Association of Realtors® (NAR). The NAR also reported that pending existing home sales rose for the ninth straight month in October, representing the longest consecutive gain since the series began in 2001, according to the National Association of Realtors. Seven of those months were the most affordable on record dating back to 1971, based on the NARs Housing Affordability Index.”

Read more
Vacant Zombie...
Zombie Foreclosures Up 3 Percent from First to Second Quarter of 2022 as Foreclosure Activity...
Read more
5 reasons why rents are...
Inflation, demographic shifts and supply shortages have created a perfect storm of rent growth Over...
Read more
Cryptocurrencies As the...
Convenience, extended marketplace, and increased security are but a few reasons cryptocurrency real...
Read more
Foreclosures are on the...
In January there was a seven-fold increase in foreclosure starts, new data shows. In January there...
Read more
Buying a Foreclosed...
Understand what the problems are before you buy. Buying a house in foreclosure is often touted as a...
Read more
Top 6 Mortgage Mistakes
And how to avoid them. During the Great Recession, the U.S. economy took a major hit because of...
Read more
How To Make Money In...
Those under the age of about 36 or 37 probably haven’t worked in real estate at a time when...
Read more
Five Rules to Buying...
After 100 deals, I have “5 Rules” to buying rental property.  You are not going to like them,...