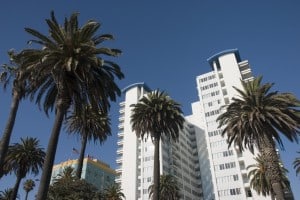 A government-supported secondary market is absolutely critical to the apartment industry if it is to continue meeting the nation’s demand for affordable and workforce housing, according to testimony given by Mark J. Parrell, Executive Vice President and Chief Financial Officer of Equity Residential.

Highlighting elements of the existing housing finance system that worked, he explained that Fannie Mae and Freddie Mac’s multifamily programs were not part of the meltdown and are not broken.

Their multifamily programs have outperformed the private markets and have default rates of less than one percent”one-tenth the size of the delinquency/default rates plaguing single family, he said. And they remain profitable. They have generated $2 billion for the federal government since they were placed in conservatorship.

He warned lawmakers to be careful not to create a capital shortage for the lower-profile, yet vital, apartment sector as they fix the well-documented single-family problems. He explained that the apartment industry has relied heavily on the liquidity provided by Fannie Mae and Freddie Mac to develop and maintain workforce housing in all markets and all economic conditions.

History has shown that the private market simply cannot meet the entire capital needs of the apartment sector, he said. Absent a market dislocation like we just experienced, private capital is good at financing higher-end properties in top-tier markets, but it is not as good at supporting the more complex deals, workforce housing or housing in second-tier markets.

As a result of the existing federal backstop, the apartment industry has produced more than 10 million apartments affordable to working families since 1996.

Without a federal credit guarantee, the apartment industry cannot meet the nation’s current or future housing needs. This is important, Parrell noted, because changing demographics and new economic realities are driving more people away from the typical suburban house and causing a surge in rental demand.

In this decade, renters could make up more than half of all new households”more than seven million new renter households. Because of these changes, University of Utah Professor Arthur C. Nelson predicts that half of all new homes built between 2005 and 2030 should be rental units.

Parrell urged Congress to retain the successful elements of the current system as they phase out Fannie Mae and Freddie Mac: Their multifamily programs met the mark, even during the financial crisis, he said. They can serve as a model for a continued federal guarantee for rental housing in a reformed housing finance model.