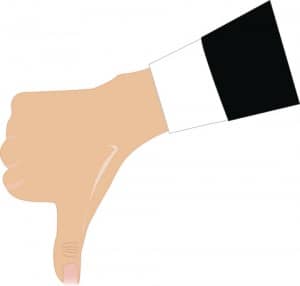 Of those markets that are improving or experiencing a stable range of housing activity, most are benefiting from the energy boom taking place along the country’s mid-section.

Figures indicate a weak housing market overall with only a slight improvement from February to March and a 3-month flat trend. However, on a year-over-year basis, the U.S. housing market has improved by 0.66 points. The nation’s all-time MiMi low of -4.49 was in November 2010 when the housing market was at its weakest.

Four of the 50 metro areas are in their stable range, San Antonio, New Orleans, Austin and Houston.

Overall, in March, 13 of the 50 states plus the District of Columbia are improving based on their three month trend, and 20 of the 50 metros show an improving trend.

“Less than half of the housing markets MiMi covers are showing an improving trend, whereas at this same time last year more than 90 percent of these same markets were headed in the right direction. We’re hopeful that many of these markets that have stalled will start moving again now that mortgage rates have eased over the past month and the spring home buying season is upon us. House price gains are a double-edged sword at this stage of the recovery. They help those hard-hit markets where prices are still low and many homeowners are underwater, but in areas where supply is constrained, they’re creating an imbalance and pricing out many first-time homebuyers.”

MiMi monitors and measures the stability of the nation’s housing market, as well as the housing markets of all 50 states, the District of Columbia, and the top 50 metro markets. MiMi combines proprietary Freddie Mac data with current local market data to assess where each single-family housing market is relative to its own long-term stable range by looking at home purchase applications, payment-to-income ratios (changes in home purchasing power based on house prices, mortgage rates and household income), proportion of on time mortgage payments in each market, and the local employment picture.

The four indicators are combined to create a composite MiMi value for each market. Monthly, MiMi uses this data to show, at a glance, where each market stands relative to its own stable range of housing activity. MiMi also indicates how each market is trending, whether it is moving closer to, or further away from, its stable range. A market can fall outside its stable range by being too weak to generate enough demand for a well-balanced housing market or by overheating to an unsustainable level of activity.

For more detail on MiMi see the FAQ’s.