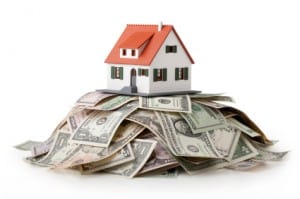 But some also expressed concern about how to pay for the sweeping proposals that range from $621 billion on improvements for roads, bridges, railways, ports, airports, public transit and the electric grid to $400 billion to expand home care services for the elderly and disabled and increase wages for those who care for them. Among other proposals it also calls for $300 billion for manufacturing, $180 billion for research and development, $100 billion to build new public schools and upgrade facilities including ventilation systems, $12 billion for community colleges and $25 billion for child care facilities.

Biden said most of the funding for the biggest federal spending plan in decades would come from raising the corporate income tax from 21 percent to 28 percent and increasing the global minimum tax on U.S. corporations to 21 percent. He also pledged not to tax people making less than $400,000. But multifamily industry leaders worry that the administration could turn to tax-related incentives used by multifamily and commercial real estate investors. During the campaign, Biden had proposed eliminating the 1031 exchange and raising capital gains taxes for individuals with incomes higher than $1 million.

“Transaction volume would drop. It would really alter the industry,” Andre Soroudi, director of acquisitions for the West Coast, CGI Real Estate Investment strategies, said of Biden’s earlier proposal to take away the 1031 exchange. “We work with a lot of private investors that want a 1031.”

JLL Chief Economist Ryan Severino said the administration may have been looking for parts of the tax code that are the least counterproductive to economic growth. “Marginally raising corporate taxes and marginally raising taxes on wealthy individuals is less disruptive.”

Cindy Chetti, senior vice president of government affairs at the National Multifamily Housing Council, said she did not see any mention of those tax incentives in the administration fact sheet. “We will always continue to watch out for other tax provisions that could be detrimental to the industry,” she said.

But overall, Chetti said she was “encouraged and excited” by Biden’s proposals. “We’ve continued to believe that housing is infrastructure and should be included. We’re encouraged that this has $213 billion in funds aimed at redevelopment and incentivizes localities to address housing needs. It’s also about breaking down some of the barriers and that’s one of our key messages.”

One of the proposals calls for eliminating exclusionary zoning and “harmful land use policies” that the president states have inflated housing and construction costs and kept families out of some areas. Biden is “calling on Congress to enact an innovative new competitive grant program that awards flexible and attractive funding” to jurisdictions that eliminate barriers to creation of affordable housing.

“The Biden administration’s proposal is a step in the right direction. More support and funding are needed to close the affordability gap. Two of the biggest hurdles in creating new affordable housing are NIMBYism and the costs of acquiring the land. Any proposal that works to reduce restrictive zoning and provides municipalities incentives to embrace affordable housing is a positive,” Dudley Benoit, executive vice president of affordable housing-focused tax credit syndication firm Alliant Capital, said in a statement provided to Multi-Housing News. “It remains to be seen if locales that have fought for decades to prevent affordable housing can be incentivized to change their ways, but is worth a try and could have a substantial impact if successful.”

Calling it an important tool, Ptomey said, “That could have a huge amount of impact because that’s an enormous cost driver.”

The president’s plan would pair the new approach to dealing with state and local exclusionary zoning laws with funding to “produce, preserve and retrofit more than two million affordable and sustainable places to live.”

Other parts of “The American Jobs Plan” addressing housing needs include:

“The $213 billion to produce, preserve and retrofit more than one million housing units, with $40 billion targeted at the long-neglected public housing capital needs, is the size and scale that can move the needle on improving public housing infrastructure. CLPHA has called for a 10-year road map to recapitalize the public housing portfolio,” Sunia Zaterman, executive director of the Council of Large Public Housing Authorities, said in a prepared statement.

Referring to Biden’s proposal to invest $100 million broadband services across the country, Jolie Milstein, president & CEO of the New York State Association for Affordable Housing, said in a statement, “We are encouraged that President Biden has pledged to provide high-quality broadband to every American, as far too many residents in affordable housing currently lack the affordable, reliable access necessary to succeed in today’s modern world.”

Bob Hart, TruAmerica Multifamily president & CEO, said investments in areas like broadband and 5G networks are important to help people who will continue to work from home or for those in rural areas. He said it would encourage more new multifamily development in areas that previously didn’t have broadband.

Hart also stressed the importance of infrastructure improvements to roads and bridges noting that the company owns a property in West Seattle that has become harder to access in recent years because a bridge was no longer functional and has been closed to drivers.

Asked how such a major infrastructure plan could impact the multifamily industry, Hart said, “I think infrastructure means jobs. Jobs means housing and I think it will definitely be a rising tide for multifamily as a result of that.”

Much of the jobs growth in recent years has been in the South and Southwest and Barry LePatner, a veteran real estate and construction attorney and principal of LePatner & Associates LLP, said that is leading to a “massive need for new multifamily residential development.” He said infrastructure is needed in states like Texas, New Mexico and Arizona that are “all seeing monumental new development which is going to add new towns and cities within five to 10 years in places that don’t exist today.”